There are thousands of idioms (成语 – chéng yǔ) in Chinese, which provide an insight into the history and culture of the country. We covered five awesome Chinese idioms a few months ago, but there are still so many more! We’ll never get to them all, but at least for now here are five more awesome Chinese idioms.

“Falling leaves return to their roots.” 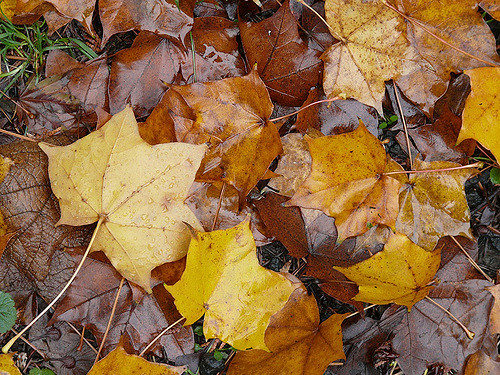 Image by Ben Thompson from flickr.com.

Let’s break this idiom down character by character to understand it better:

Meaning: Basically, this idiom is used to describe returning to one’s hometown and/or family, regardless of where life takes them.

Use: If you’re like me and you’ve spent years living abroad, sometimes you get a little homesick and you just want to go back to where you came from. If and when I ever decide to give up the Gypsy life and head home, I can use this idiom to explain my decision. Every Chinese person I talk to would understand completely.

There’s even a movie named after this idiom, but it’s called “Getting Home” in English. A more serious version of the classic American flick “Weekend at Bernie’s,” this movie follows a construction worker who tries to fulfill a dying colleague’s wish by returning his body to his hometown.

According to this story, there was a man named Yue Yang Zi (乐羊子) who lived during the Warring States Period (战国时期 – zhàn guó shí qī). Yue left home and his wife to pursue his studies, but returned after just about a year. Of course, his wife was shocked to see him home so soon, so she asked him if he had finished his studies more quickly than he had anticipated. He replied:

“I’ve been away so long, I was just homesick”

His wife, who had been weaving, proceeded to take a pair of scissors and cut the cloth she had been working on. “What’s the difference between me wasting time on this cloth and you wasting time on your studies?” she asked her husband. Yue felt ashamed about giving up, and he felt moved by his wife, so he headed back out to continue his education. Seven years later, he returned as an official.

Use: This idiom is used in a derogatory sense for someone who has given up, but it is also used to motivate people to continue to work hard.

HERE is a good video of this idiom from the Chinese website YouKu. 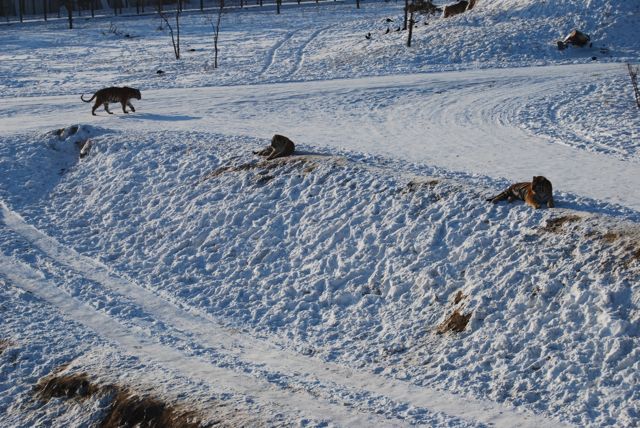 Don’t confuse them for horses…

This everyday Chinese idiom literally translates to “horse horse tiger tiger.” As with most Chinese idioms, there’s a very interesting story behind this one. Back in the Song Dynasty (宋朝 – sòng cháo), there was a painter whose work was quite abstract and was not understood by others. One day, he painted a tiger’s head. Shortly thereafter, one of his friends arrived. His friend asked him to paint a horse, so the painter just went ahead and added a horse’s body to the tiger’s head. The man’s elder son asked him, “What’s this painting of, Dad?” and the painter said, “It’s a tiger!” Later on, his younger son asked him the same question, to which the painter replied, “It’s a horse!” The elder son was out hunting one day when he saw a horse. Mistaking the horse for a tiger, he shot and killed it. As a result, the painter had to pay the horse’s owner a handsome sum of money. As if that wasn’t bad enough, his younger son was out one day when he saw a tiger. Mistaking the tiger for a horse, he tried to ride it. Not surprisingly, the tiger ate the little boy. Sad and distraught, the painter burned his horse-tiger painting.

Meaning: Something is just so-so or mediocre; a careless person.

“Judge a horse by the book”

Once upon a time, in the Spring and Autumn Period (春秋时期 – chūn qiū shí qí), there lived a man named Sun Yang (孙阳 – sūn yáng). He was an expert at judging horses, and he wrote a book on the subject. People even called him Bole (伯乐 – Bó lè), the name of a celestial being that was said to be in charge of heavenly steeds. One day, his son decided to go out in search of a great steed. However, the boy had never actually seen a horse, so he just relied on the book. The boy was thrilled to find a creature with a protruding forehead, two bulging eyes, and four big hoofs – “It must be a great steed!,” he thought. Full of pride, he took the creature back to show his father. The boy said:

“Dad, I’ve found a good horse, except that his hooves are not good enough”

Sun Yang was unsure whether to laugh or cry, as his boy had brought home a toad (蛤蟆 – há ma). Sun Yang told him:

“Son, this horse is not bad, but it likes jumping too much, and you can’t ride it!”

Meaning: To adopt a mechanical approach that is inflexible; doing things strictly by the book.

“Keep the case and return the pearl”

Way back in the day during the Chu State (楚国), there was a vendor with a very precious pearl. In order to sell his pearl at a high price, he displayed it in a very fancy case. One day, a customer from the Zheng State (郑国) stood in awe at the beauty of this precious jewel. He decided to buy it at a high price, and the vendor handed over the case with the pearl inside. A few minutes later, the man came back to return the pearl, much to the surprise of the vendor. In the end, the vendor was good at selling the fancy case, but not his prize jewel, and the man clearly didn’t understand which was really valuable.

Meaning: This idiom means that someone acts foolishly without seeing things clearly.

Use: You can use this idiom to satirize someone who doesn’t see what’s really valuable or who makes a poor decision due to lack of judgment. For example, if my friend buys a nice picture frame and then discards the frame but keeps the cheesy picture inside, I’d say:

“You’re buying the case and returning the pearl”

While it’s not always easy to incorporate idioms into your daily life, they’re still worth learning. Plus, just like with English idioms, some of them are used very often and are quite easy to pick up. It’s hard to forget “horse horse tiger tiger,” even in Chinese! The fact that you can use it in so many situations makes it a good one to pick up as well. Regardless of whether or not you use them in the exact way or even get the tones perfect, Chinese people appreciate that you’ve taken the time to learn more about their culture and try to put it to use.

Do you know any awesome Chinese idioms? Let us know!