Tens of thousands of Dutchies threaten to leave the country Posted by tiffany on Apr 28, 2013 in Culture 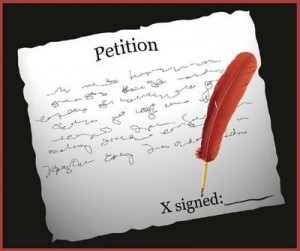 Flickr/League of Women Voters of California

Tens of thousands of Dutch citizens are in an uproar over something so heinous that they’re threatening to leave the country if something is not done about it.

What could be so utterly terrible, so unfathomably unjust, so unpatriotic that it would evoke such a strong reaction among the Dutch people?

Yes, the Dutch are all up in arms over a song.

Not just any song, mind you. But the King’s Song (koning = king, lied=song).

If you haven’t been living under a rock or on a deserted island, you should have heard by now that the Netherlands is getting a new monarch: a king.

“Yeah, yeah,” you may be thinking to yourself. “Big deal. The Netherlands is a monarchy, of course they’re getting a king.”

Au contraire… I mean, on the contrary… I mean, integendeel!

This is a huge deal for the Netherlands. Why? Because the Dutch haven’t had a king since Willem III… one hundred and twenty-three years ago!

On January 28th of this year, Queen Beatrix announced that she would be abdicating, making room for Willem-Alexander to take the throne accompanied by his beautiful Argentinian-born wife Maxima.

It was decided that the abdication/inauguration shindig would take place on April 30, 2013 to coincide with Koninginnedag (Queen’s Day).

Add to that, the fact that this year marks the last Koninginnedag for quite some time (Willem-Alexander has announced that, beginning in 2014, the holiday will be known as Koningsdag and will be celebrated on April 27th as part of his birthday celebration), and we here in the Netherlands are in for a wild party!

The Dutch are going all out to show their love for their outgoing Queen and their support for their incoming King. That includes coming up with a song to mark the occasion.

That rather significant job fell to the hands of Dutch-British composer John Ewbank. And the result was Het Koningslied – a five-minute-plus long combination of traditional and choir music with a dash of rap, which was released on April 19th and included the collaboration of 51 Dutch artists. Hundreds of thousands of school children were charged with learning the song to be sung for their new king and an elaborate music video was shot to accompany the song.

Shortly after the song’s release, a petition calling to do away with the the ‘imbecilic’ anthem or they’d leave the country had gained almost 40,000 signatures. Ewbank was heckled via Twitter and Facebook to the point that he decided to withdraw Het Koningslied.

Unfortunately, a replacement could not be found on such short notice, so the event organizers have decided to stick with Ewbank’s submission.

Is it as bad as all the naysayers say? I’ll let you be the judge of that:

Here’s the English translation courtesy of the Direct Dutch Institute