As 2015 draws to a close I’ve decided to leaf back through some of the many articles that we’ve shared with you over the past year. It’s an odd experience! As you know, we try to provide you with relevant and contemporary material about real events, so over a period of time our blog naturally becomes a kind of personal diary.

Rather overwhelmed by the 160 or so articles that we’ve published over the past 12 months, I decided to narrow my search down to those written by me dear wife, Serena. Here are five of her blogs from 2015 that I find particularly memorable. 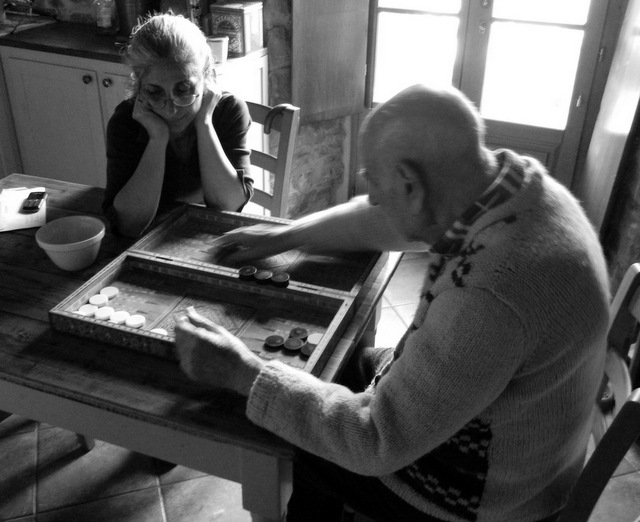 Serena and I have been together for nearly 22 years, but she still manages to amaze me with stories from her fascinating and very varied past. I don’t know if I’ll ever get to see Michelangelo’s secret room in person … chi lo sa!? … but the next best thing is having it described to me by someone who has seen it with their own eyes.

How could I forget our night amongst the German nudists!? But this blog also reminds me of our long long journey from Italy to my mother’s house in England. When you’ve been on the road for 8 or 9 hours you really need a comfortable and relaxing place to stay at the end of the day. This was not it! Proposito per l’anno nuovo (New year’s resolution): plan the next road trip with more care!

A Hot Summer’s Afternoon In Italy

One of the outstanding features of 2015 was the crazy hot summer that we had. Now, I like hot … in moderation … but months of stifling, debilitating heat ain’t my idea of fun. This poem perfectly sums up the experience of this year’s long scorching summer. I can actually feel and smell the heat as I read it.

Anyone Want A Kitten?

I hesitated over this blog due to the intense emotions it provokes in me. Amber and her kittens brought us immense joy, but also terrible pain. Of the four beautiful little creatures, two have subsequently suffered tragic deaths. Little Bianchina died in my arms of a strange unidentified illness which she contracted whilst living at Serena’s mother’s house. Patch, my constant companion for the four months of her short life was attacked by some unknown animal the day after Christmas. I went searching for her in the late afternoon and found her lifeless body not far from the house.

Over the years that Serena and I have been together, her Dad had recounted various parts of his life to me on numerous occasions. However, it was only when Serena decided to start putting her father’s memoirs in writing that I was able to piece together the various fragments and get a true picture of his long and fascinating life. Part 4 of Serena’s series ‘My Father’s War’ is particularly poignant as it reminds me of the final days in the life of Nicola Cricorian, a man for whom I held a lot of affection and a great amount of respected.