Kanji Quiz for Adult and Thoughts on Kanji Posted by eriko1 on Sep 18, 2021 in Culture, Kanji

There is a kanji quiz called “Kanji Quiz for working adults” put out by Baila.  The quizzes are not easy.  Almost all kanji are certainly recognizable (認識できる ninshikidekiru), but how you read them is very difficult. 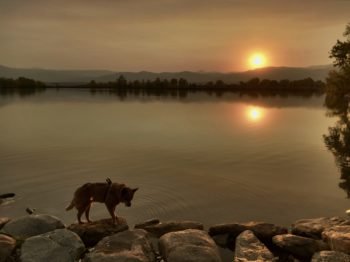 Today’s kanji was 仄々.  I certainly was one of many that could not read this kanji.  It is read as honobonoto (ほのぼの), meaning “dimly lit” or “heartwarming”.  We use hiragana when we write ほのぼの almost all the time.  Partly because hiragana can add soft feeling, and partly because 仄々 is not commonly used in writing, although 仄 is one of the commonly used kanjis (常用漢字 joyokanji).  If you can type Japanese on your keyboard, type “honoka.” You may get ほのか and 仄か.  仄 (hono) attaches to verbs or adjectives indicates “faintly noticeable” as in  仄暗い – faintly dark (honogurai). But when you type honobono, you most likely get ほのぼの or ホノボノ。 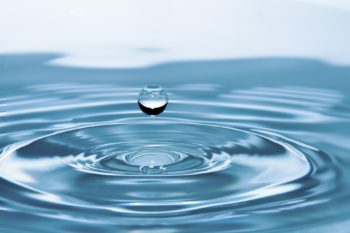 Image by rony michaud from Pixabay

I can spend hours trying to figure out how to read each kanji every day on the website.  It is extremely hard.  I can guess the meaning of many from contexts (文脈 bunmyaku), but my ability to read them is hopeless.  If you cannot read them, you cannot input the kanji in a word processor (ワードプロセッサ) or in ワープロ (wa-puro) as Japanese call it.  There are nifty (気の利いた kinokiita) apps (Japanese call apps as アプリapuri) now to find out how to read kanji by handwriting them on your smartphone. You have a better chance to be able to read these difficult kanji if you are an avid (熱心な nesshinna) reader of literature.

So how many kanji do you need to know?  Japanese Newspaper Publishers and Editors Association (NSK) acknowledges 2134 kanji for use in a typical newspaper as of 2010. The Asahi Shimbun dated 2/23/2009 answers what criteria the newspaper uses when using kanji and ruby (ルビrubi).  Ruby or furigana is a Japanese reading aid, consisting of smaller kana printed either above or next to kanji.

The newspaper avoids using many kanjis so that more readers can read without difficulties.  However, some news articles (記事 kiji) require the use of some uncommon kanji, when using ruby becomes necessary. The Asahi Shimbun newspaper uses 2011 kanji without ruby.  The number is based on the kanji designated for everyday use that is taught by the end of 9th grade and a few more kanji added by the newspaper.  However, other than 1000 kanji that are taught in primary school, the newspaper uses ruby in the editor’s column to encourage middle schoolers (中学生 chugakusei) to read the newspaper. Also ruby may be necessary for proper nouns (固有名詞 koyumeishi).

Since a word processor has become so popular in Japan, I started noticing many difficult kanji in writing by many people because you get kanji automatically (自動的に jidotekini) when you type in hiragana.  Sometimes you wonder “how did he know such kanji???!!” It is not that one knows all those difficult kanji, but the word processor knows them.  But one must know how to read kanji in order to type them on the keyboard and which kanji choice is appropriate.

There have been some studies on the effects of word processors on kanji education. When I learned kanji at primary school, we were required to write each kanji many times and were required to submit the notebook for the teacher’s review. A study at Kyoto University states that kanji writing, kanji reading, and kanji apprehensive abilities influence the acquisition of linguistic knowledge.  However, only Kanji writing ability strongly influences one’s composition ability.  The study concluded that the introduction of the digital device at primary school should be approached with caution. Interestingly, TV and newspapers report that the most commonly used pencil in primary school was HB (the strength of lead – Hard Black) 20 years ago but HB pencil gave the leadership position to 2B (2 stages softer than HB) because the pressure a writer puts on his/her pencil, called hituatsu (筆圧), is getting weaker.

When I was a college student, it was common sense to handwrite important letters and resumes.  But how about now?  Resumes, new year’s cards, and important announcements are all done digitally.  Sure, my handwriting has deteriorated, and the ability to write kanji has gone down as well.  But will we be able to stop or reverse the digital movement?  I think not.