No alcohol on Christmas Eve in Poland Posted by Kasia on Dec 24, 2021 in Culture, Holidays, Religion, Traditions

I think everyone should experience traditional Polish Christmas, at least once! Food is amazing, so many traditions involved, you are going to love it!

Christmas is probably the most important holiday in Poland. Spent with family and friends, 3 days long (Christmas Eve is super important, probably more than actual Christmas Day…and then there is a First Day of Christmas (12/25) and second day of Christmas (12/26). Loneliness is the worst thing that could happen to anyone during Polish Christmas, that’s why there will always be one empty place at the table at every home, just in case someone will come, uninvited. Such a person will be greeted with a smile and tons of Polish Christmas food! 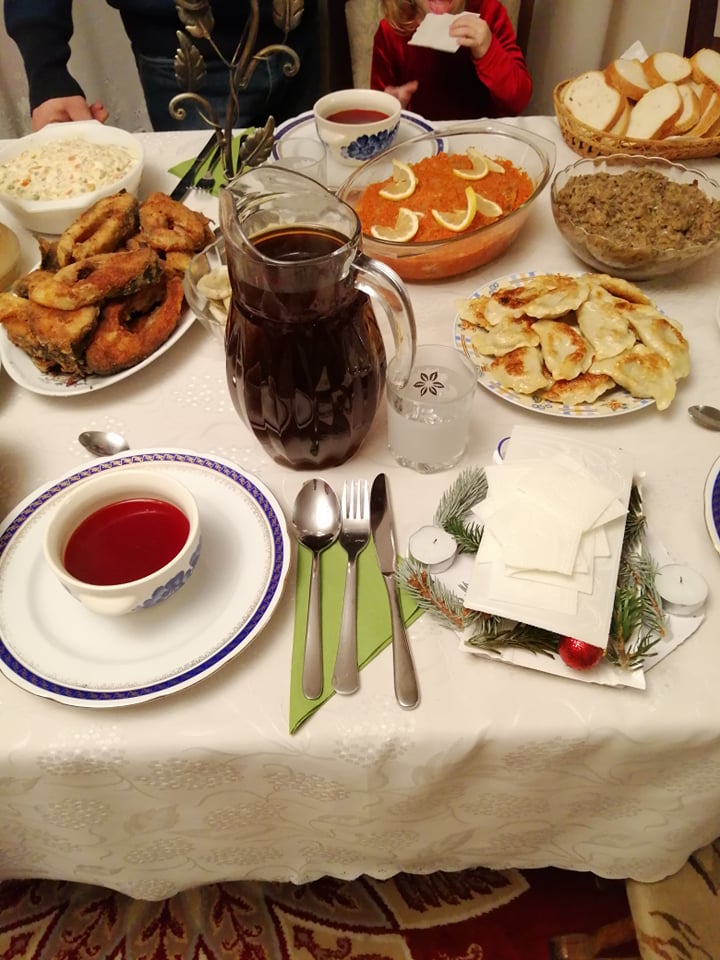 Christmas Eve supper (kolacja) in Poland is called Wigilia. Traditionally, there are 12 dishes on the table for supper. The number has symbolic meaning, referring to the months of the year and the twelve apostles. First and foremost (przede  wszytkim), the Christmas Eve meal should be a Lenten meal, so no meat on that night! There is plenty of fish though, so seafood lovers will be happy!

One interesting traditional thing is that there is no alcohol on that night (if you stick to the tradition). As a rule, Poles do not drink alcohol during Christmas Eve, boosting their digestion with something else. Until midnight people restrain from meat and alcohol. As kids, we didn’t even drink soda…there was compote (kompot) and prune juice (sok z suszonych śliwek) on the table 😉). Although I have to admit that as kids we would hide soda under the table and as we got older…we even snuck out couple shots of vodka from my grandmother’s freezer…

Even though there is no alcohol, Christmas somehow turns quite tasty. That’s one evidence of Christmas magic!

What is your favorite Polish Christmas tradition?