When you think of Russian winters, you imagine early mornings with untouched сугро́бы (snowdrifts), краси́вые узо́ры на стёклах авто́бусов (pretty frost patters on the windows of buses), and serene forests of snow-covered pines and birch trees. Вокруг белым–бело́! (It is white everywhere!)

To be fair, this Russian white winter fantasy varies greatly depending on where in Russia you are. For example, Moscow and St. Petersburg are going to look much more different from the coldest city in the world, Yakutsk. (Screenshots taken by author from website gismeteo).

*everything is in Celsius on the pictures below 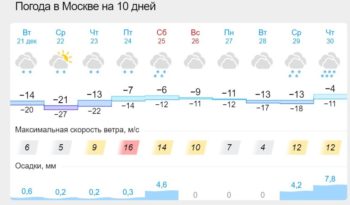 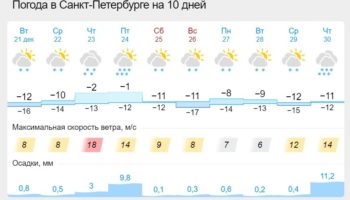 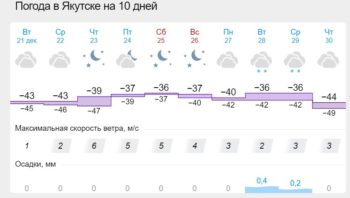 However, let’s go back to the phrase белым–бело́ (very white). It is a curious grammatical concoction. This adverb (наре́чие) causes confusion in both how it is spelled and pronounced. So, remember: the stress falls on final syllables of both words белЫм–белО. This article does a great job of explaining when to write certain word combinations together, with a hyphen, or separately. Bottom line is — you have to hyphenate белым–бело́ (same goes for темным–темно́, черным–черно́ and other variations where you put the two words together to intensify the descriptive quality). 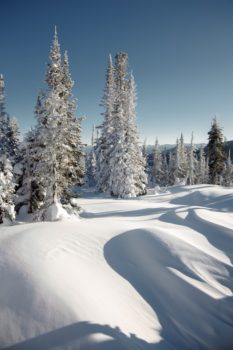 Бе́лый цве́т, like every color, has acquired many contextual and symbolic meanings in Russian. People often used it to refer to life, day, and similar bright energies. That’s why the phrase бе́лый све́т really just means ‘life’ and Russians say things like ‘бе́лый све́т не мил’ when somebody doesn’t want to live anymore. Likewise, средь бе́ла дня is equivalent to ‘in broad daylight’.

(Our town had never before had drunks just walking around like this in broad daylight.)

Other times, the color white is symbolic of illness, death, and emptiness.

For example, бе́лая воро́на is someone who is very different from others, although it can be used in both a good and bad way.

The phrase “бе́лая сме́рть” (white death) has been following the word “со́ль” (salt) in Russian, although I have not found exactly why that is the case. Most dietitians speculate that the saying “со́ль — бе́лая сме́рть” goes back to health problems associated with high sodium intakes. Traditional Russian foods are always хорошо́ посо́лены (always have plenty of salt). Even the old custom of greeting guests and important visitors with a loaf of bread with salt (хле́б–да–со́ль) hints at how much salt Russians consume.

You might hear this phrase in casual conversations about diet, health and such, but most likely, Russians associate this saying with this scene from (my all-time favorite movie) Любо́вь и Го́луби! (Love and Pigeons).

Довести́ до бе́лого кале́ния means to make someone really mad. Be careful, it is a common mistake to say “довести́ до бе́лого коле́на”. That sounds absurd like “get someone to the point of a white knee” or “bring someone to a white knee”. Either way, that is nonsense. The word you are looking for is “кале́ния” which is “incandescence” or when hot metal glows so much it appears white. 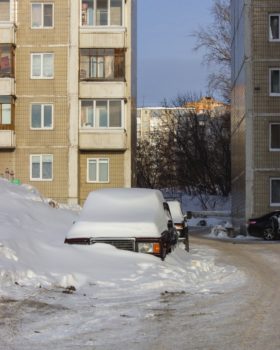 The more neutral sayings with the word бе́лый include:

Lastly, as promised in the title of this blog, I am leaving you with this 1989 hit by Ла́сковый Ма́й – Белые Ро́зы. “White Roses” is one of those iconic songs that even when played ironically will make people tap their feet to the catchy 80s beat and Yuri Shatunov’s sweet voice.