Job Hunting for College Students (就活）Part 1 Posted by eriko1 on Nov 29, 2021 in Culture

This time, I will write how Japanese university students get a job – the system of 就職活動 (shushoku katsudo).  It is abbreviated as 就活 (shukatsu). As this is a complicated yet interesting system, I will make this in 2 parts. 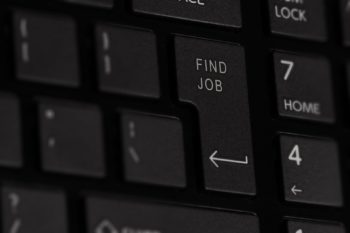 Image by Niek Verlaan from Pixabay

First of all, most of Japanese college students start college in April and graduate four years later in March. This tradition (伝統 dento) stemmed from the Japanese fiscal year (会計年度  kaikei nendo) that starts in April and ends in March. This has been one of the major obstacles (障害  shougai) for Japanese students who want to study overseas as 116 countries start a new academic year in September. BUT… things are more flexible (融通が利く yuzuga kiku) if you look at the US, for example. You can start studying from the spring semester, for instance.  There is no such flexibility in most Japanese colleges. You enter your college with a huge entrance ceremony (入学式 nyugakushiki) and celebration in April, and you graduate with a huge graduation ceremony (卒業式 sotsugyoshiki) and parties in March.

In an effort to globalize the education, so that Japanese students can study abroad and Japanese universities could accept study abroad students from overseas more easily, Tokyo University set up a feasibility study to change the academic year starting in September. However, the study found that there would still be many obstacles especially because of the job hunting system. Such major universities in Japan as Waseda University, Tokyo University and Keio University have adopted the quarter system instead.

So let’s assume you are going to graduate in March 2023 (you enter the college in April 2019 as a Freshman). Here is the calendar you will need to follow.

Here are some important considerations you need when you go to information sessions and interviews.

First, what to wear.
Next, acceptable hair styles.

As you can see in the videos, you are not asked to stand out. You wear the same suits as others, and you change your hairstyle to a certain way. Everyone looks the same. Of course, these do not apply if you are applying for a position in many foreign (I intentionally use this term as opposed to “international” to refer to corporations headquartered overseas) corporations or some internet companies created by Japanese entrepreneurs.

You may ask what the difference between 内々定 and 内定？The former means an informal unofficial promise that a corporation will give the students 内定 in October. Usually, it is not written except in a form of email.  There is no contract (契約  keiyaku). Both a corporation and a student are not legally bound.  HOWEVER, withdrawing 内々定 without a reasonable and justifiable reason will damage the corporate image that it is very rare. But due to COVID-19, there were such withdrawals of offer. Other corporations and small to midsize companies came to the rescue.

Here is an extremely eloquent animation on 就職活動 made by students at Tokyo University of Arts.

So what happens if you could not get any job offers that you were interested in?  I will talk about it in the next blog.