Asbjørnson and Moe Posted by kari on Dec 21, 2010 in Culture, Language, Norway and the world 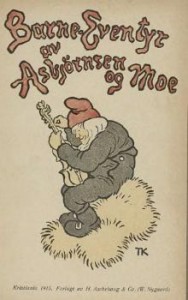 Peter Christen Asbjørnsen (1812-1885)and Jørgen Engebretesen Moe (1813-1882)-the names that have become synonymous with Norwegian folkeeveyntyr (folktales).  The two had been friends since their early teen years and later went on to collect folkeeventyr and edit them into a compilation that would forever impact Norwegian culture.

Asbjørnsen was a writer and scholar from Christiania (old name for Oslo) who began to write down folk legends when he was 20 years old at the University of Oslo.  He traveled the entire length of Norway (which in that time-especially-would have been quite a long and time-consuming journey) collecting legends.  His old childhood pal, Jørgen Moe, a bishop and authorfrom Ringerike, as it turns out, had begun to search for the relics of Norwegian folklore.  The two minds and passions together proved to be a talented and successful duo.

Asbjørnsen and Moe took a little inspiration from the Brother´s Grimm regarding language style.  At the time Asbjørnsen and Moe were working on their compilation, Danish still had a very strong influence on spoken language in Norway after the union with Denmark ended in 1814.  The Brother´s Grimm style consisted of simplistic language instead of dialects, while still maintaining the original form of the stories. 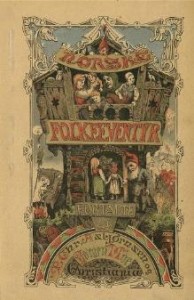 So why is the work of Asbjørnsen and Moe so influential in Norwegian culture?  Because not only is it great literature, but because at the time it was released, Norway was in a nationalist movement spurred by her recent independence from Denmark.  The stories gave Norwegians something to share culturally and something to show the world that little Norway had contributed to the folktale genre.  Asbjørnsen and Moe´s folkeeventyr are very well-known around the world today.  English translations of the stories were published in the late 19th century.  However, if you´d like to read these stories på norsk, click here🙂

The following is a list of the folkeeventyr that Asbjørnsen and Moe compiled and edited: