How to use the Dual form الْمُثَنَّى in Arabic? Part one Posted by yasmine on Jan 23, 2019 in Arabic Language, Grammar

Learning Arabic plurals is not easy, I’ll admit, but… we cannot forget the dual form in Arabic الْمُثَنَّى which is a separate form for talking about two people, things, or actions. It’s important to know how to use the dual in Arabic because we cannot simply use the plural form instead. The dual form can be used for nouns, pronouns, adjectives and verbs. In this post, we’ll focus on nouns and pronouns.

Let’s pretend you went to a library and you wanted to borrow two books, how would you say, “two books”? Would you say إثنين/إثنان كِتاب or إثنين/إثنان كُتب? Do either of these sound right? 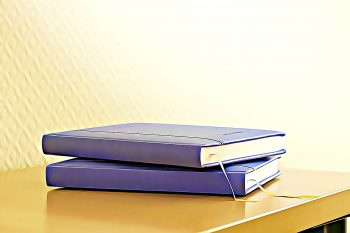 Let’s first look at nouns: There are two separate dual endings for nouns: (aan) ان used for the nominative case (for the subject of a sentence),

And (ayn) يَن used for the genitive case (after prepositions), and accusative case (for the object of a verb),

If the noun is feminine ending with a ة, then we first change the ة to a ت then add either ان or يَن.

Pronouns: We can only apply the dual to two pronouns: “you plural” أنتُم, and “they” هُم. By adding an “alif” to the end you get the dual form.

We’ll talk more about the dual form for adjectives and verbs in the next post.

How often have you come across dual forms in your Arabic studies? Do you think the dual form is useful? And for those of you learning a dialect, what does the dual form look like in spoken Arabic, is it the same as MSA?