A Visit to the Baker Posted by Bjørn A. Bojesen on Apr 29, 2012 in Uncategorized 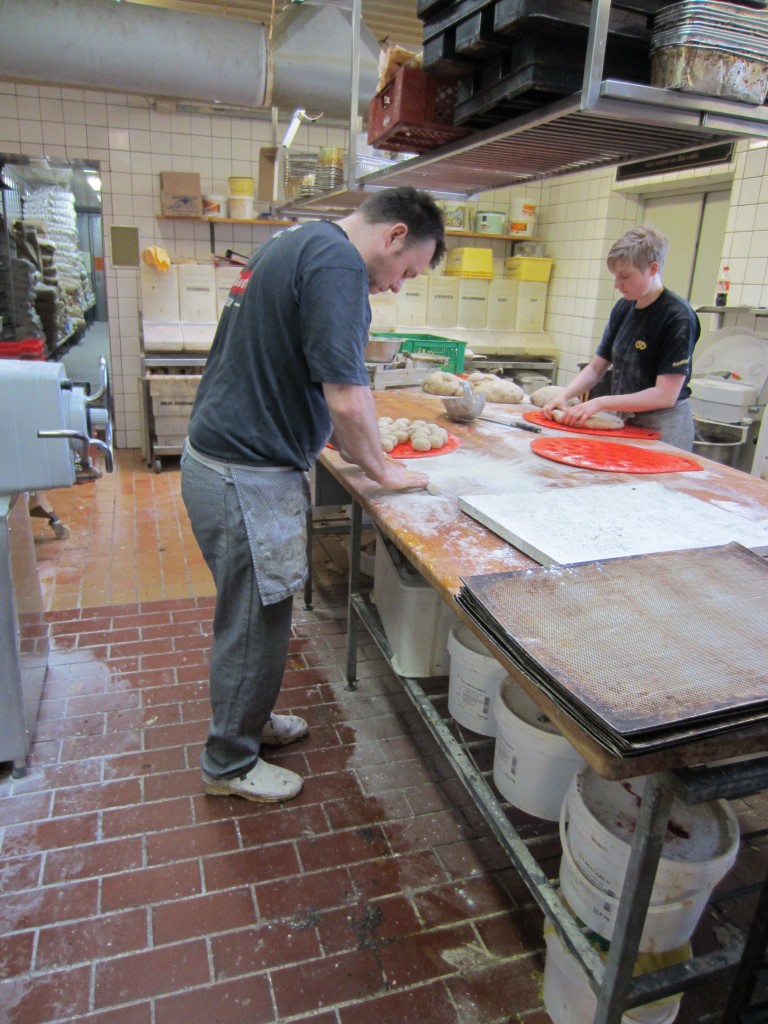 To many people, there’s nothing quite as Danish as a baker’s store, with its rugbrød (rye bread) and rundstykke/r (roll/s) and loads of delicious cakes… One early morning, I took a trip to my local bakery where I met the baker Lars.

How long have you been working as a baker?

What made you choose this trade?

I originally wanted to be a butcher, but then I got a job at a bakery. I packaged cakes and did the clean-up, and then they offered me an apprenticeship…

It’s not the same thing as being a butcher, but at least it’s all about victuals! I’ve always liked it when everything’s going with a swing.

We’re two colleagues starting at 1 o’ clock in the night. The master baker appears later, so the first hour or so the two of us are busily preparing everything. We start the first doughs and take everything we need out of the freezer. There’s so much work that we have to prepare the doughs for several days ahead!

The freezer is like the heart of the bakery. Then we have two hæveskabe (rising cabinets), which we also have to switch on once we’ve arrived. It takes an hour or so for all the doughs to rise. At 2 or 3 o’clock a new man arrives, and at that point we start the baking. Then the next man will prepare the next dough. At 4 o’clock everybody’s there.

The bakery has six employees, but each weekday one of us has a day off. Friday is my day off. In the weekends we’re just three at work, so every second week you have the weekend off…

When do you sleep?

I go home and sleep immediately. If I’m finished at 9.30, then I’m already deep asleep an hour later. I rise again at 14–15 o’clock, and go to bed for the second time around 22 o’ clock… In that way I do get my 6-7 hours of sleep! The newcomers to this trade are sometimes whining about the working hours. It’s a lifestyle, and you have to get accustomed to it.

Do you know all your recipes by heart?

Read the final part of this interview tomorrow!