Green Denmark Posted by Bjørn A. Bojesen on Nov 29, 2019 in Uncategorized 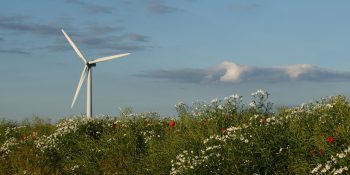 I dag strømmer folk til butikkerne for at købe billige varer. (Today, people are flocking to the shops to buy cheap goods.) It’s Black Friday – a tradition recently imported from the US. Yet, despite all the shopping, miljøet (the environment) is a hot topic in Denmark, and Danish people are making efforts to live more miljøvenlig (environmentally friendly).

Hvad kan jeg gøre for at hjælpe miljøet (what can I do to help the environment), lots of Danes seem to ask themselves. People buy økologisk mad (biodynamic food), made of plants that are grown without pesticides. In many Danish shops, things like grøntsager (vegetables) come in both a ”normal” and an økologisk edition – which is often the biggest seller, even if it’s more expensive. As far as I can tell, Danes also do more shopping in genbrugsforretninger (second-hand shops) than most other Europeans. And only the Dutch use their bikes more! 🙂

Like people elsewhere, Danes are discussing klimaet (the climate) and many are concerned about global opvarmning (global warming). During the 2019 elections for the Danish parliament, all the political parties talked about miljøet, which turned out to be the most important topic for voters. While environmentalism used to be niche, it has now become very mainstream, and communities all over the country are taking steps to become ”grøn” (green) – for example by replacing plastikposer (plastic bags) with indkøbsnet (textile shopping bags).

Danes often pride themselves of being windmill pioneers, with companies such as Vestas raising vindmøller (windmills) all over the world. The central Danish island of Samsø is internationally known for using only clean energy.

If you travel around Denmark, you’ll probably sooner or later notice the big, smoking skorstene (chimneys) from kulkraftværker (coal power plants). This shows that there is still a lot of forurening (pollution) in the country. It has also been a problem that many blomster (flowers) and dyr (animals) such as bier (bees) are disappearing from the countryside. But at least an increasing number of Danes care about naturen (nature), and it has become quite fashionable to ”go green”.