Freeciv and Esperanto Posted by Leks on Aug 10, 2015 in Uncategorized

Saluton, amikoj! Today I wanted to discuss a more lighthearted topic than the last time, and point out one of the amusing ways Esperanto is being put to use on the Internet. Have you ever played the Civilization games before, in any of their incarnations? If not, the Civilization games task you with controlling a nation throughout all of history, from its incipient stages as a small village, to its future incarnations as progressively larger powers. The series is a staple of computer gaming, and so beloved that some enterprising open-source software developers have designed a freeware spin-off of the first game, calling it Freeciv.

Besides being a fun – and thoroughly engrossing – strategy game, my favorite aspect of Freeciv is that it embraces Esperanto. You can employ a full Esperanto user interface if you so desire. The main Freeciv site even has an Esperanto masthead (though it’s in need of some translation help, if you’re at all interested).

The game, of course, is not without its preposterous aspects.

When selecting the nation you wish to guide to world domination, you can play as “the Esperants.” Flying the flag of the verda stelo, you can march through history as a country founded upon the world’s most successful constructed language, and led by one of several figures from Esperanto’s history. There are no female leaders in the game yet for the Esperants, unfortunately. Any suggestions? 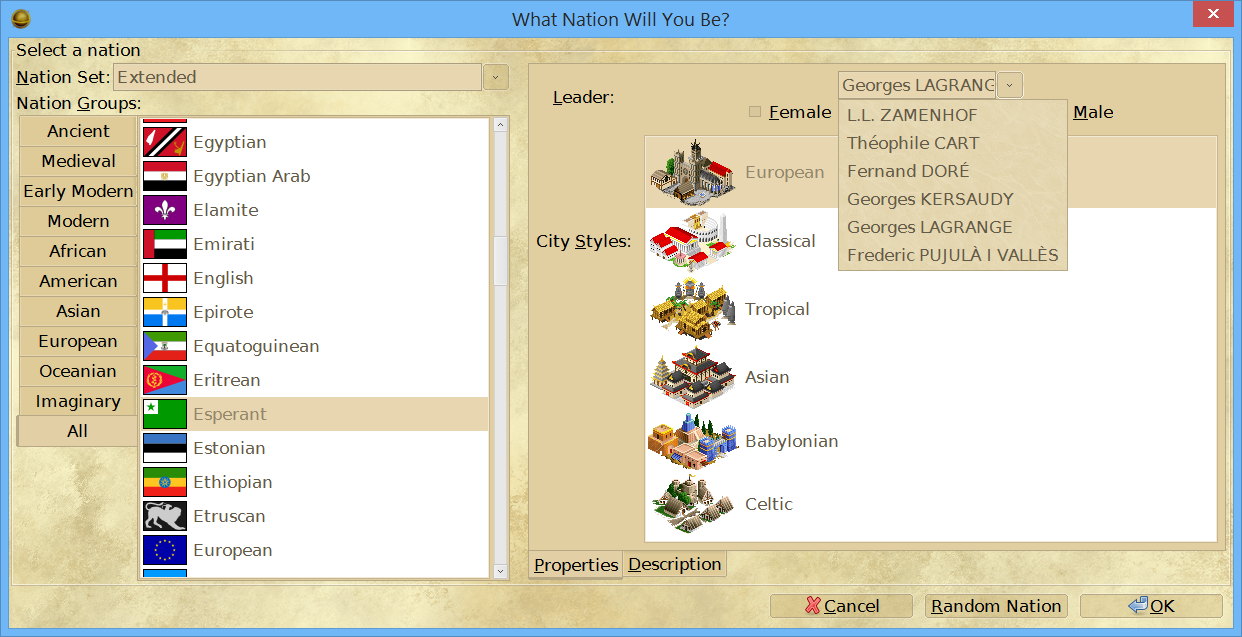 Evidently your country is not one founded on the principles of Esperanto, however! You are allowed – if not encouraged – to build an army, and flatten rival nations! Didn’t anybody tell the Freeciv development team that Esperanto is the language of peace? Something feels wrong about commanding a military that waves the banner of Esperanto…

While it probably goes against most of our principles to command a tank brigade and conquer other countries in historically impossible scenarios, there is something to be said for the absurdity of it all. Plus, I can’t imagine Dr. Zamenhof choosing despotism as his preferred form of government, but it’s rather funny to imagine it. Give Freeciv a try if you like strategy games.

…And do your best to win without resorting to war, and make Dr. Zamenhof proud! 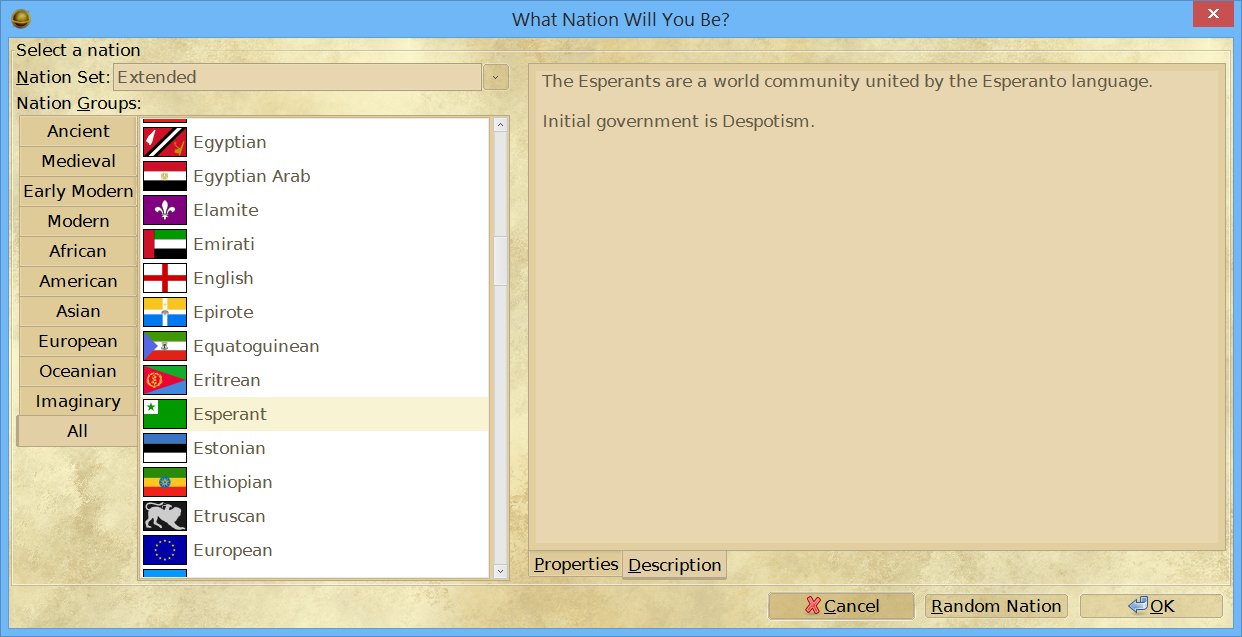