The IJK Experience in Kiev Posted by Chuck Smith on Jul 19, 2011 in Uncategorized

I’m happy to have Judith Meyer with me today who wants to give an account of her experience here at the Internacia Junulara Kongreso (International Youth Congress of Esperanto) here in Kiev, Ukraine. Now I’ll let her tell you about her experiences. 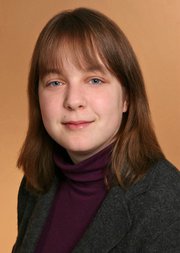 Two of my favorite inventions of the Esperanto Community are the language festivals and the aligatorejo. The aligatorejo (“alligator place”) is a part of the congress program where people merrily practice their foreign languages. In fact, it is forbidden to speak either Esperanto or your native language at the aligatorejo – you have to make do with whatever bits and pieces of other languages you know. It’s a lot of fun.

The other invention, language festivals, is even better. At a lingvofestivalo (language festival), you have the chance to get a taste of lots of different languages. Each language is presented or taught for 45 minutes – enough to learn some basic phrases, or to get an idea of what it looks or sounds like. There are several periods, and in each period you have a choice of several languages, some exotic and some common. The presenters are usually native speakers but not trained teachers.

At the IJK, there was a language festival on Monday. 12 different mini-courses were offered, including Japanese, Hungarian, Limburgouish (Dutch dialect), Macedonian and a lecture on the hundreds of languages spoken in the Caucasus, by a native speaker of Aghul, a language I had never even heard of before. Another Caucasian randomly joined the lecture and together they painted a detailed picture of the historic development and the current situation in this region. There was also a lecture on a very systematic alternative writing system with which you can represent all sounds of the International Phonetic Alphabet in speed-writing (or in sign language). The creator, Martin Strid, had obviously spent a lot of time on this, and he impressed us by quoting examples from Swedish, French, German, Arabic, Zulu, Xhosa, Swahili and other languages.

This is really what I love about Esperanto meetings: the kind of people you meet. Without Esperanto, I wouldn’t be able to communicate with this Aghul speaker, but more likely I would never have met anyone from the Republic of Dagestan or heard his story. Also, quite a few Esperanto speakers love languages as much as I do. I remember when I was at the Junulara E-Semajno in January, I offered a mini-course in Swahili for the heck of it. I didn’t really expect many people to show up, but it would be a good way to find the language geeks attending this event. Well, more than 30 people showed up for the course, and I additionally learned that two other participants (without any African roots!) spoke Swahili quite well. Given there were about 300 participants total, that’s quite a sweet percentage, unlikely to be met outside of Esperantio.

During and after the language festival, there was supposed to be a KLF, a culinary festival. It has become tradition for participants to bring drinks, food and cultural items from their country, so that the other participants can have a taste of that culture (or claim that they’re being buzzed in the interest of international understanding). I didn’t actually find this festival this time, probably spent too much time with the language geeks. Anyway there are possibilities of getting insights into other cultures throughout the event. For example, I will soon head to a movie showing – an Italian guy found that there’s a classic movie that everybody knows in Italy and that is completely unknown abroad, so he created Esperanto subtitles and is showing it here. Awesome, isn’t it?

Later, I’ll be listening to a Hungarian choir, a French rapper and – highlight of the night for me – JoMo, who is in the Guiness Book of Records for singing in the most languages during a single concert. And maybe finish the night in the gufujo (“owl place”, a place to have tea and relax), continuing a discussion on the latest news, or talking to participants who volunteered in Africa and South America… the people are really who make the event.