A medieval tour and recipe Posted by Bridgette on Feb 10, 2022 in Culture

This past weekend I had the pleasure of visiting Carcassonne (for the 4th time, actually!) and thought we could go on a “virtual tour” together.

Carcassonne is a medieval fortified city located about an hour from Toulouse by train. It dates back to the Gallo-Roman period and was restored in 1853. It is now mainly a tourist site, but during medieval times was a blossoming city, able to successfully defend against sieges and attacks by countless enemies. In 1853 it was restored by the theorist and architect Eugène Viollet-le-Duc and in 1997 it became a UNESCO world heritage site.

I was able to walk along the 1.9 miles of double city walls, visit the Basilica of Saint-Nazarius, with large gorgeous flower stained glass windows believed to have been created in the same workshop of those of the famed Notre Dame in Paris, and eat Cassoulet in a 13th century tavern! 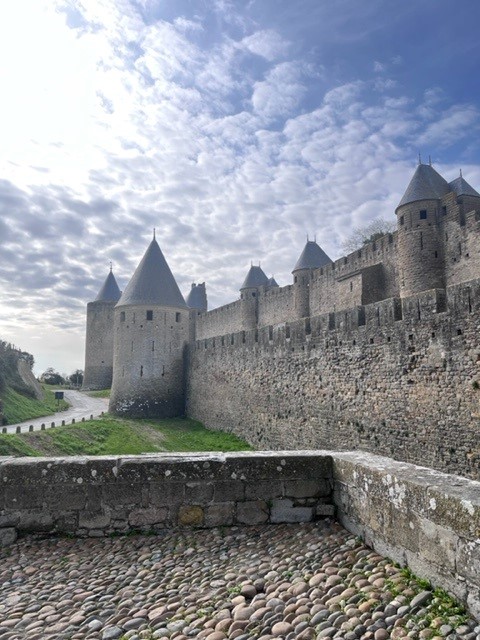 Cassoulet is a rich, slow-cooked dish that contains meat (sausage, pork, duck), duck or goose confit, and white beans, and is a popular dish in both Toulouse and Carcassonne. The dish is served in le plat creux en terre cuite qui s’appelait “cassolo1Occitan, the original language of the region” (aujourd’hui “la cassole”) et qui a donné son nom au cassoulet (the deep terracotta dish which was called “cassolo” (today “casserole”) which gave its name to cassoulet.) 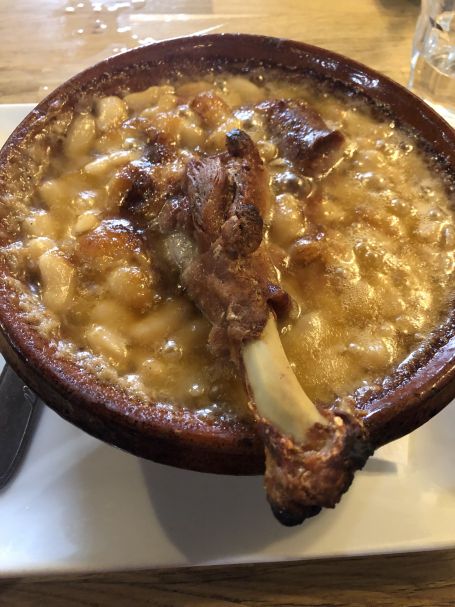 Here in the south of France you’ll find jars and cans of Cassoulet sold in almost every grocery store. So if you’re not lucky to have one stocked in your placard (cupboard) like me, check out this recipe and try it at home:

Feel free to experiment by adding carrots, onion, or celery for example. This is a peasant dish, so anything can be added to enhance the dish, but the above recipe is pretty straightforward and classic.

A must however: il faut boire du vin! Drink some wine! I would suggest a nice bold red to accompany the dish, such as Cahors whose history of winemaking dates back to Ancient Rome. In no time you’ll feel like you’re in a 13th century tavern just like I was this weekend enjoying a nice hot peasant stew.