If you’ve been following the news, you’ve probably heard of the torrential downpour in Europe that has caused flooding responsible for the death of at least 10 people. Unfortunately, la météo (the forecast) shows more rain in the coming days. Thousands of people in France have been evacuated as the floods have now been declared an emergency.

This is the first time in 30 years that the water level in the Seine River has been this high. The SNCF was forced to close the RER C line, a very popular train line that runs along the river (it’s the train that takes you to the Eiffel Tower and the Notre Dame Cathedral). That’s not the only closure – le Musée d’Orsay closed its doors early on Thursday afternoon with plans to stay shut Friday. Le Louvre, the world’s most visited museum and home to la Jaconde (the Mona Lisa) announced they’d be closed on Friday to move some exhibits to higher ground. 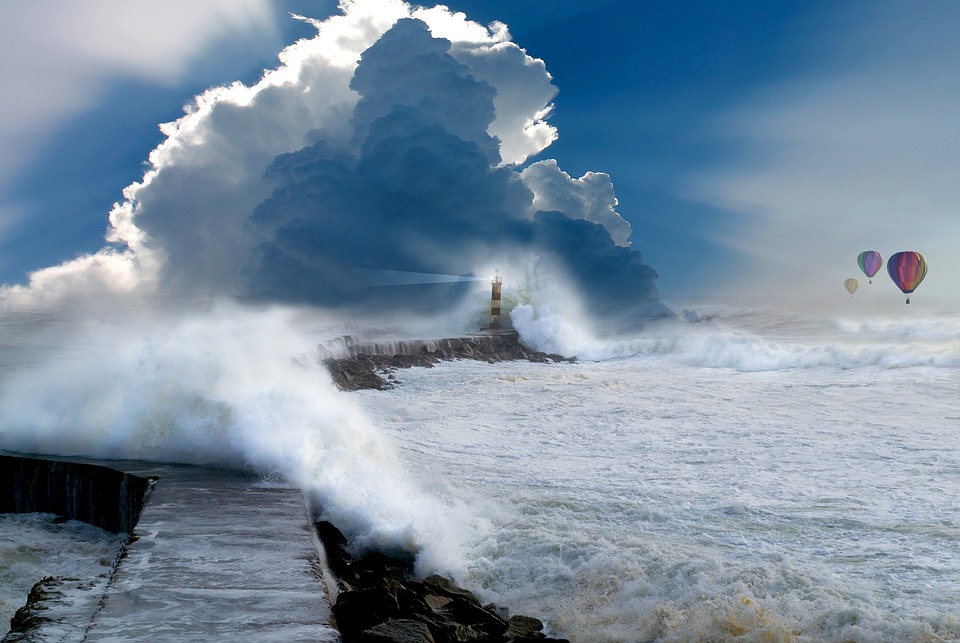 From our first few weeks in French class, we learn weather-related vocabulary. Here at the Transparent French blog, we like to supplement what you’ve learned in class: we’ve discussed heatwave terms, ways of talking about wind, and how to describe a winter wonderland. Even if you’ve mastered these words and expressions, you might be a little lost when you come across some new terms. For example, when I learned the word for flood in French, I was taught une indonation. Reading about the current events taking place in Europe, I’m met with the word une crue. On top of that, there’s also un déluge. Wouldn’t be French without confusing pairs 😉

So, what’s the difference?

une crue is the result of rising water from a naturally-occurring event (like all this rain!).
une inondation is the result of une crue – it’s just when there’s an excess of water
un déluge is the biblical term describing the flood that covered the earth. Today, the term is also used to describe when there’s a large quantity of something.

Here are some more words you might come across when reading about a flood:

Did you catch the reference to the title of this post? It’s a famous French expression uttered by Madame de Pompadour while she was trying to raise the morale of King Louis XV. You can read more about that here.