J’adore lire. (I love to read.) Et pour entretenir mon français, je lis beaucoup en français. (And to maintain my French, I read a lot in French.) I especially love classic novels about the royal era of French history. Unfortunately, I don’t always have the time to read as much as I would like.

BREAKING NEWS: Would you believe you can actually call a random French person to talk about all things French?!! It’s true. Check it out . . . . But be sure to come back after you do for our regularly scheduled post!

Fortunately, many of the classics have been made into movies! And while I always like to watch movies in French when I can, sometimes when I’m with other people (or ok, I’ll admit it, just when I’m feeling lazy) an English language version will do. Here are four of my favorites.

The stories in these films – while historical in nature – have at best a loose relationship with facts, and in some cases a looser relationship with the source material, but they’re all equally great at evoking a fascninating period in French history and culture. 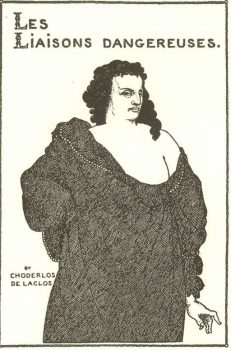 Dangerous Liaisons, 1988, with Glenn Close, John Malkovich, and Uma Thurman in the lead roles, and based on the epistolary novel** les Liaisons Dangereuses (1782) follows the twisted games of the former lovers the Marquise de Merteuil (Close) and the Vicomte de Valmont (Malkovich) as they plot conquests romantic and otherwise. It is a classic costume drama heavy on the courtly intrigue.

Valmont, 1989, tells the same tale as Dangerous Liaisons, but with a little less “edge”. Annette Bening replaces Glenn Close in the role of the Marquise, and Colin Firth replaces Malkovich as the titular Vicomte . . . The two are equally Machiavellian and hearts are broken and – spoiler alert – tragedy follows, but in Valmont the tone is a bit lighter and, by turns, even almost comic.

The Affair of the Necklace, 2001, recounts events surrounding a very real royal scandal that nearly took down the crown . . . or at 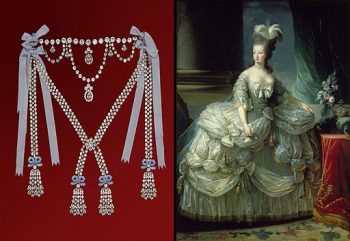 least the queen . . . and is viewed as a significant event leading to the disillusionment of the French people with the monarchy. Alexandre Dumas chronicled the events in his novel Le collier de la reine, on which this wonderful movie is based. The story of the affair of the necklace really is quite an interesting one and by itself makes this movie worth seeking out, but the film also features a hidden gem of French palaces, le château de Vaux-le-Vicomte (shown above).

My final recommendation, The Man in the Iron Mask, 1998, is based on a central plot line in another Alexandre Dumas novel, The Vicomte of Bragelonne, which recounts the continuing stories of the Three Musketeers (les trois mousquetaires).  Some might question the film’s historical accuracy and faithfulness to its source,  but for pure fun and for sumptuous French royal intrigue, it’s an A+.

* Books at the movies

** An epistolary novel is one written in the form of letters often exchanged between characters in the novel.