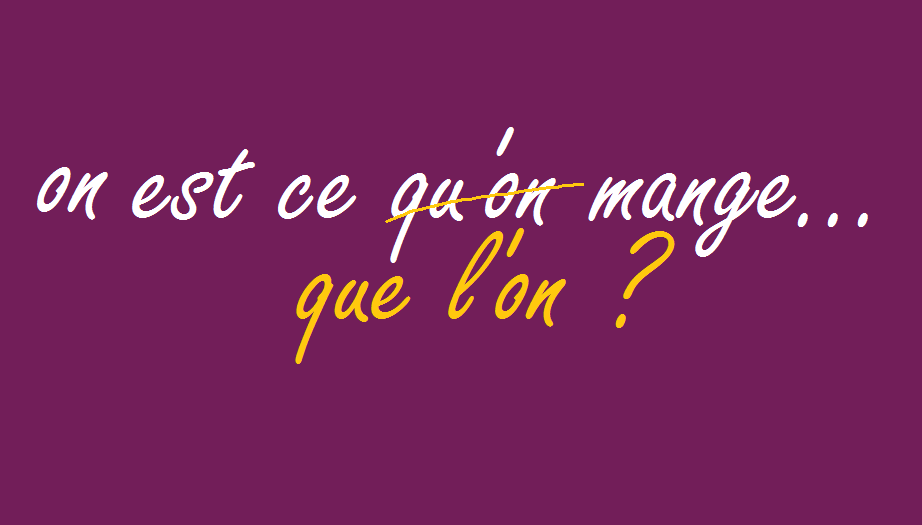 Bon or bien? An or année? C’est or il est? Tu or vous? As a student of French, you often encounter tricky pairs that don’t have an exact equivalent in your language. They require additional studying with plenty of examples for them to finally click, but eventually they become second nature. We’ve discussed many of these confusing pairs on the blog, and today we’re going to look at a pair that made me question a few things when I first started learning French.

Take a look at this quote by novelist and critic Paul Bourget:

It’s a pretty basic sentence: every verb is in the present tense (avoiding that subjunctive… ) and there’s simple vocabulary. Does anything else stick out to you, though?

You may have learned that on is a third person singular indefinite pronoun, so it’s conjugated like il and elle. In both spoken and written French, it can be the equivalent of one. Par exemple (for example): On peut toujours trouver moins cher en ligne (One can always find it cheaper online).  There are a few more ways to use on in French, and we’ll discuss those in another post.

In the quote by Bourget, did you notice l’ in front of on? Any clue why it’s there? What’s the difference between on and l’on?

In old French, on was not a pronoun, but a noun. It wasn’t a replacement for another word – it was a word in its own right and acted like the word homme (man). À cette époque (at this time), French used subject cases: on was the subject case for homme, and l’on was the plural form, les hommes. Over time, French lost its subjective case, and on became the standard. L’on stuck around, and you’ll find it in the environments listed below, but remember that it is never required.

Il faut qu’on parte… (We need to talk). You’ll hear this construction a lot, but not in formal settings. You’d be more likely to hear Il faut que l’on parte…

This also holds true for words that end in -que: puisque (since), lorsque (when), and quoique (although).

Pourriez-vous me dire si l’on peut payer par carte bancaire ? (Can you tell me if we can pay with a credit card?)

Et si on lisait tous les jours ? What if we read every day?