I interviewed mon ami (my friend) as a part of the Real French Series, and I wanted to get him to share de la culture française (some French culture) as a part of the interview. I asked him to recite une poème (a poem), and he was happy to share one! 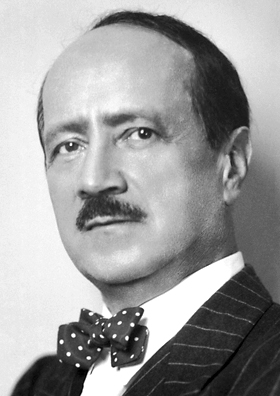 I had never heard of or le poème or le poète (the poet) so une fois à la maison (once home) I looked up le poète, Saint-John Perse.

His real name is Alexis Leger, and he was born in 1887 on the island of Guadeloupe (Guadalupe) in the Caribbean, and he moved to l’Hexagone (“The Hexagon”, French term for Mainland France) in 1899. He studied law and began a career as un diplômât for France. It was during his career as un diplômât that he started using le pseudonyme (the pen name) Saint-John Perse.

Known for being anti-nazi, he fled to les États-Unis (the United States) during the German occupation of France, and he he wrote many of his most notable poèmes there. Le poète stayed aux États-Unis until his death in 1967.

Sa poésie (his poetry) is internationally recognized. He received le prix Nobel de littérature (the Nobel Prize in literature) in 1960 “for the soaring flight and evocative imagery of his poetry”.

Mon ami chose to recite a part of Amers, his longest and often considered best poème. The title of le poème is un jeu de mots (a play on words, pun), where Amers can sound like several different words in French:

Saint-John Perse never specified the exact meaning he intended for le poème, leaving it intentionally vague. Ceci dit (that said), many of the possible meanings have to do with la mer, a key subject and the setting of le poème.

Le poème is his longest and mon ami did not have the entire thing memorized. Instead there were a few lines qui a touché son coeur (that touched his heart) that he recited from memory:

And how it came to us to induce this poem is what we will have to tell. But it is not enough to take pleasure in it?

And how good it was, O gods! that I took care of it before it was taken away from us… Go and see, child, at the turn of the street, how the Daughters of Halley, the beautiful celestial visitors in Vestal robes, caught in the night by the hook of glass, are prompt to escape at the turn of the ellipse.

Be sure to come back next week to see the interview and to hear mon ami recite le poème de Saint-John Perse !