The French University System Posted by Elizabeth Schmermund on Jan 29, 2018 in Culture, Vocabulary

Last week was the start of my teaching semester. It’s always a fun and yet slightly nerve-wracking time for me, as I get used to my new classes and students. But, typically, the initial anxiety and stress of the beginning of the semester fades quickly, and I look forward to each class session. 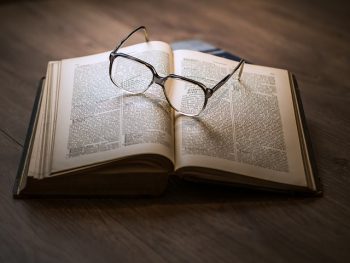 In honor of the start of a new semester, I thought it might be useful to introduce readers to the French university system and, later, to French vocabulary used often in the academic setting. Who knows? Maybe you’ll end up using this new vocabulary while registering for classes in France!

In France, degrees are divided up into License, Master, and Doctorat levels. The License level is equivalent to a Bachelor’s program, although it typically takes three years of study instead of the four in the United States. The Master level is a two-year graduate program. However, students still get credit for passing just the first year of courses in many cases (which is called un Master 1). The Doctorat level (equivalent to a doctorate degree) is an additional three years of—typically, largely independent—study (and terminating with a work of original research, or dissertation, known as une thèse).

The French university schedule is very similar to other universities across Europe and the US. However, universities typically start a bit later in France than in the United States, with fall semesters beginning often in late September or early October and spring semesters extending until July.

University students have many advantages in France, from access to cheap movie tickets, subway and train tickets, museum passes, and even special restaurants that cater to university students and only cost several euros for full meals. Students in big cities like Paris also have access to student housing for discounted rates.

International students who are interested in studying in France can check out the government website at Campus France for more information about applying for student visas and universities.

Next week, we’ll focus more on academic French vocabulary that might prove useful to you if you do study in France!