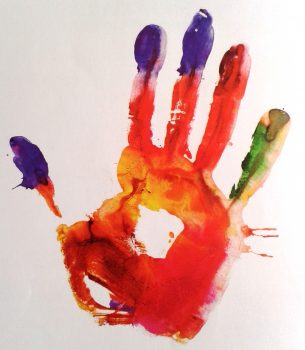 In 1969 the anthropologist Brent Berlin and the linguist Paul Kay published an interesting book: Basic Color Terms: Their Universality and Evolution (1969). Their research in the field of color terminology has been highly influential in anthropology and linguistics. They checked how many basic color terms for each language are universal, and concluded that the number of basic color terms in the world’s languages are limited to around 11 universal basic color terms.

Berlin and Kay also depict the evolution of colors term. They realized that the basic terms appear in every language in the same order. The same happened in Hebrew. According to their research the first two basic color terms in every language are שָׁחֹור (black) and לָבָן (white). שָׁחֹור refers not only to black, but to all the cool colors (such as blue, green, grey). לָבָן refers not only to white, but to all the warm colors (such as red, yellow).

The third basic color term to enter the language is אָדֹום (red). After אָדֹום comes כָּחֹול (blue), יָרֹוק (green) or צָהֹוב (yellow). We don’t have information about those steps in Hebrew, since they occurred long ago, before the invention of the writing. When the Bible was written the Hebrew language was already at the third phase. It already included 4 basic color names: שָׁחֹור, לָבָן, אָדוֹם וְיָרוֹק (black, white, red and green).

According to Berlin and Kay’s research, the fourth step of the color terminology evolution is the branching out from the fourth color term to two distinguished colors terms. And so it happened in Hebrew: the green split into green and yellow. It began at the first-second century A.C., due to Halachic (Jewish religious laws) issue: the kashrut (the Jewish religious of dietary laws) of the citrons in Sukkot (the Jewish Feast of Tabernacles). All agreed that yellow citrons are kosher, but green citrons are another thing. Some rabbis said it’s kosher, some rabbis said it’s not. The kashrut law is strict and the difference between the yellow citrons and the green ones is essential. The discussion begot the yellow color term in Hebrew – the word צָהֹוב.

Over the next few centuries the rabbis, the commentators, and the writers start to use biblical words to distinguish colors. So appear the color terms תְּכֵלֶת (light blue), כָּחֹול and חוּם. Not all of the languages, English included, dedicate two different terms for distinguishing between blue and light blue, but Hebrew does. It took several centuries to get consent of all the Hebrew speakers regarding the differences between the different hues, but eventually it happened.

Berlin and Kay marked the four last color terms to enter every language: purple (סָגֹול), pink (וָרֹוד), grey (אָפֹור) and orange (כָּתֹום). And so it was in Hebrew. סָגֹול, וָרֹוד  and אָפֹור were invented during the 19th century. וָרוֹד named after the flower with the same color – rose (in Hebrew וֶרֶד). אָפוֹר after the dirt with the same color – ash (in Hebrew אֵפֶר). כָּתֹום was invented only during the 20th century. At the establishment on the state of Israel, Hebrew had not 11 basic terms of color, as Berlin and Kay declared, but a dozen: 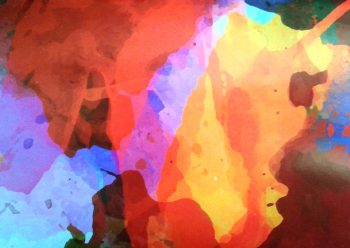