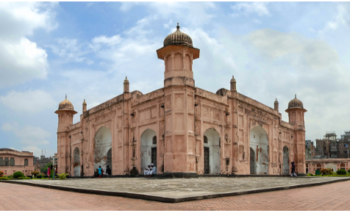 Image by Sujan Sincere from Pixabay

The Siddis are a small tribal जनजातीय community of approximately 50, 000 people residing in the states of Karnataka, Gujarat and surrounding आस – पास का areas. These tribes came to India in the 5th or 6th century as slaves. Portuguese and Arab traders व्यापारी picked them from the Bantu tribes of Ethiopia, Somalia, and East Africa.

They involuntarily अनायास came because of their physical strength and skills. They worked as security सुरक्षा aboard the slave ships intimidating the fiercest of piratesसमुद्री लुटेरे from taking over. These skilled men also served as bodyguards, administrators, and military in the courts of the princely राजसी rulers of India.

One such Siddi was Malik Ambar. Malik was born in Ethiopia in the Khambata region in 1548. He was part of an ethnic group जातीय समूह known as the Oromo. His nickname was ‘Chapu’ before he came to India. Historians believe his parents sold him into slavery or that he was captured पकड़े during a war. They also believe merchants and traders bought and sold बेचा him several times before he arrived in India.

According to the historian इतिहासकार, Richard M Eaton, in his book A Social History of the Deccan, 1300–1761 Eight Indian Lives, he was sold in Baghdad to a prominent प्रमुख merchant who recognized his intellectual बौद्धिक abilities and his physical prowess. This merchant educated him and converted him to Islam, and gave him the name, ‘Ambar’.

In the early 1570s a former भूतपूर्व slave turned ruler, Chengiz Khan, bought Malik Ambar and took him to the Deccan Plateau, to the sultanate of Ahmednagar. Chengiz Khan died five years after he purchased खरीदा Malik. At this time Malik was free, according to the rules of slavery गुलामी in the Deccan.

The historian Manu Pillai wrote that the Mughal emperor Akbar had his sights on the Deccan plateau पठार at this precise time. This was when Malik Ambar rose to power. He joined forces with a neighboring पड़ोसी lord and gathered a force of 3000 warriors योद्धा, which grew by the 1600s to 7000 warriors including Dakhnis and Marathas. This army was multi-racial बहु-नस्लीय and multi-ethnic बहु-जातिय.

“Cleverly, using muscle मांसपेशी when it was needed and trickery प्रवंचना when that suited his ends, Ambar emerged as the principal force प्रमुख बल in what used to be the Ahmednagar state. At the height of his power, it was said that the Nizam Shahi of the western Deccan was simply referred to as ‘Ambar’s land’, Pillai writes.

After defeating परास्त करना  and forcing the Mughals to retreat वापसी from Ahmednagar, Malik established a capital called Khirki. It is known as Aurangabad today. He built waterworks, underground canals भूमिगत नहरें, and houses. He also built the Jama Masjid and the Kala Masjid in Aurangabad and established a model for land revenue.

Malik died in 1626. His mausoleum समाधि is in Khuldabad.

While celebrating his life, Shivaji, the great Maratha leader, referred to Malik as ‘brave as the sun’ in his epic poem, Sivabharata.

Mutamid Khan the diarist of Emperor Jahangir, a fierce opponent of Malik, wrote this about Malik, “He had no equal in warfare युद्ध, in command, in sound judgment, and administration. History records no other instance of an Abyssinian slave arriving at such eminence.”