Sequoia already went briefly over these three, but I decided to dig a little bit deeper into them and the other rules that are tied to these verbs. Besides, repetition is the mother of all learning! 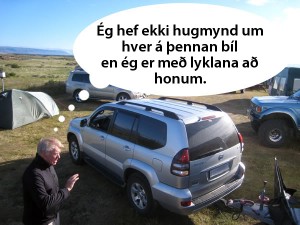 There are three ways of showing ownership in Icelandic, or better said three verbs for it: eiga, hafa and vera með. They all have rather strict rules and mixing them is often linguistically impossible (at least without changing the meaning of the sentence), so let’s take a small look at how they work. However, before I do that I’ll just make a quick list of the terms and their short forms that I’m going to be using. It’s completely acceptable to study Icelandic and use English terms instead but because some languages use cases differently it might be less confusing to simply learn the cases in Icelandic. Besides in case you’ll ever decide to study Icelandic in Iceland it’ll help you a lot to know them and understand the way they work beforehand.

Sequoia has also already explained the genders and how they generally work in the previous post, so I’ll just quickly repeat them with those Icelandic equivalents added: masculine = karlkyn, shortened to kk. Feminine = kvenkyn, shortened kvk. Neuter = hvorukyn, shortened hvk. Whenever all three are shown I will always have them in this order: kk., kvk., hvk.

Besides this eiga can also be used when referring to one’s family even though the meaning is not exactly the same since it’s not possible to actually “own” people. However, that’s the sole exception to the eiga -rule, other than that eiga always refers to an item. You can also refer to giving birth with eiga.

Hún ætla eignast barn. (= She plans to have a child.)

Ég á einn bróður. (=I have one brother) 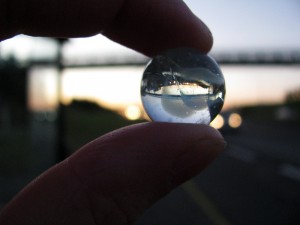 Hafa is only used for things that are abstract. You can never use hafa to show ownership of an item and this can sometimes be confusing for beginners. Hafa can be used for example in context of having an idea, opinion, feeling, time etc.:

Ég hef engan tíma. (= I have no time.)
Hefur þú áhuga á íslenskum bókmenntum? (= Are you interested in Icelandic literature?)

In fact instead of ownership hafa is used far more often to show past tense, just like the verb ” to have” in English:

Ég hef sagt þetta áður. (= I have said that before.) 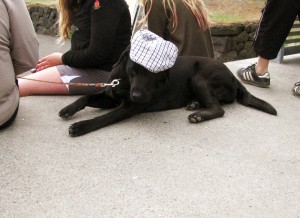 Vera með is the one of these verbs that is the most varied in usage; most often vera með refers to something you are currently holding or carrying. If you’ve for example borrowed a pen from someone you can use the verb vera með even though it’s not yours, it simply means that you indeed are carrying the item in question. This verb can refer to money, candy and other small items that can fit in a pocket or a bag and the object of the sentence will be shown in þf.

Vera með can also be used to describe the features of someone. You’ll need vera með to describe for example the colour of someone’s eyes: “Hún er með grá augu” (she has grey eyes). Naturally any amount of adjectives can be added, just remember to keep the case according to the word it refers to. Hár is a hvk. and so an example sentence describing Marilyn Monroe’s hair would be “Hún er með stutt, ljóst, krullað hár” (she has short, blonde, curly hair).

Vera með can sometimes be used in an abstract sense as well, which makes things a little confusing at times because there seems to be no exact rule to when you should choose hafa and when vera með,  so I’m afraid you’ll just have to learn them by heart. One such case if pain: if you’re aching somewhere the way to describe it is to say “Ég er með verk í maga/öxlina/höfuð“.

As for other news, the exam season is on! I’ve done two exams already (today’s was, coincidentally, morphology) and there’s two more to go. A word of warning to any and all who consider studying in Iceland – it’ll be a lot of work. A lot. But it’ll be worth all the trouble on that moment when you walk out of the exam room and outside the sun is shining warmly with university ravens laughing at you from on top of the main building. These are the good moments in life.