A hundred names for snow Posted by hulda on Nov 21, 2012 in Icelandic culture 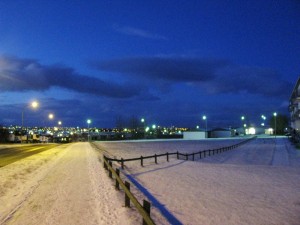 The days are getting shorter but at least it’s no longer as dark as it was only about a week ago. The first snow is here to help light up the streets a little.

A local saying claims that Icelandic has over a hundred words for snow, and although this may be exaggerating the amount somewhat it’s still true that the snow related vocabulary is very rich. To begin with, many of the words mean almost the same with only a nuance separating their meanings. There are variations depending on when the snow lands, in which weather conditions and how much of it falls in one go. You can name snow according to what’s happened to it after it’s already fallen. There are even words for snow that moves in a certain way.* Let’s look at a few of them:

Mjöll: snow that has just fallen, another word that you can use for this type of snow is simply nýsnær (= new snow). Mjöll is also a girl’s name. Snow that is powdery is often called lausamjöll. And guess which famous fairy tale princess’ name is Mjallhvíti in Icelandic? 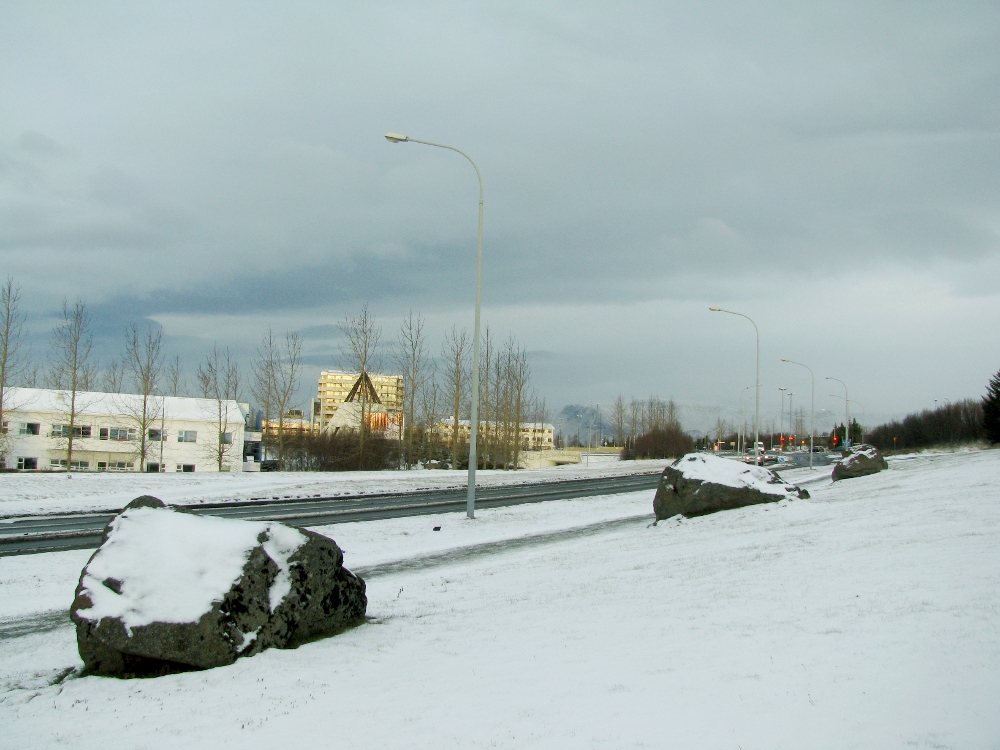 Hjarn: frozen snow, icy snow. Can mean the hard crust that forms on top of snow, or snow that does not melt for summer.

Kafsnjór/kafaldi/kafald: deep snow or a heavy snowfall that creates huge piles of snow. The worst of these can cover entire towns so thoroughly that the whole Björgunarsveitinn rescue units are in constant alarm digging people and cars out of it. Last winter we had several occasions when it snowed so badly that walking to the bus stop I kept sinking in knee deep at every step.

Bleytuslag: oh how I hate this one. It’s wet, deep snow. Do not even consider walking in it without rubber boots.

Krap: slush (also a slushie). Another word you can use for it is blotasnjór**. Slabb is the worst of this type, it’s snow that has first began to melt because the temperature has suddenly risen, and then it’s began to rain. In other words, it’s half melted snow mixed with water and it tends to form deep, road-wide puddles.

Él/moldél: hailstorm or a snowfall that suddenly happens without a warning. Éljagangur translates as intermittent snowstorms. 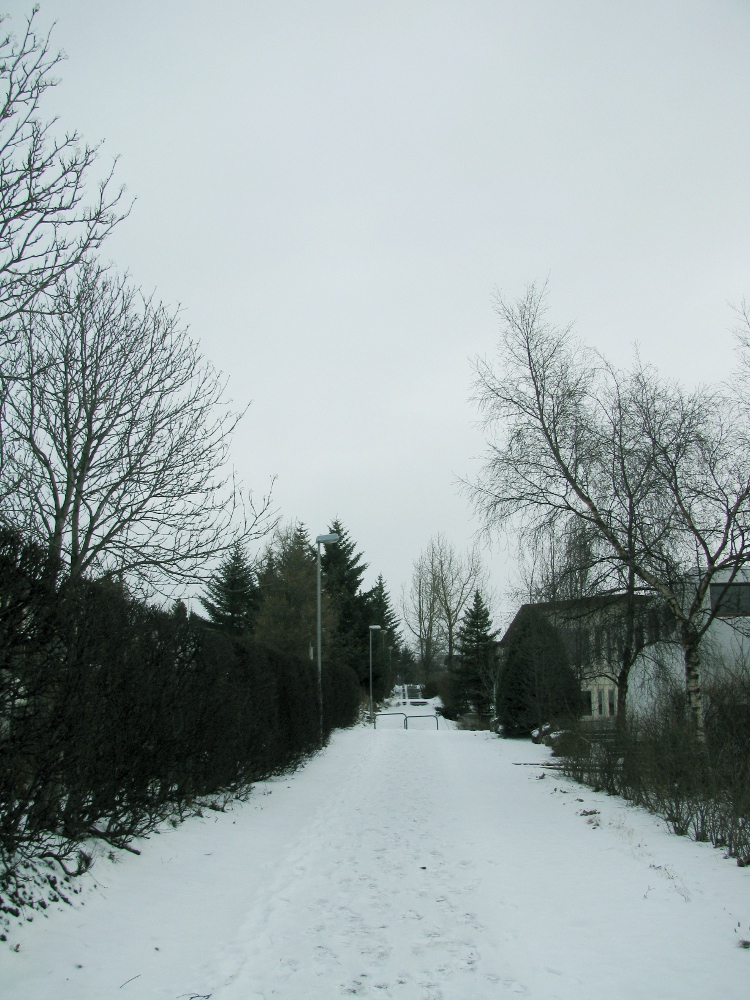 Hundslappadrífa: “snowflakes big as a dog’s paws”, a calm weather snowfall with unusually large snowflakes. Variations are skæðadrífa and logndrífa.

Hríð: snowfall with a considerable amount of wind, also translates as a snowstorm. It’s used in compound words, and you’ll want to see what kind of a word it’s combined with to know what’s going to be flying horizontally through the air – Icelandic vocabulary does have both blotahríð and krapahríð…

Bylur: you’ll want to be careful of this one, it means a severe snowstorm. Watch out for the compound words as well: kafaldsbylur and moldbylur. The latter means such awful weather that you cannot see an inch in front of you.

Slydda: snow that is so wet it could as well be raining. 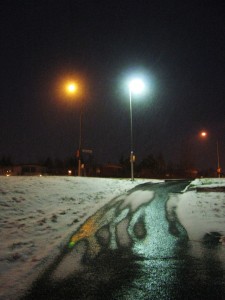 Here’s a small surprise of Reykjavík: compare the pedestrian walkway of this photo and of the one below. The photos are taken of locations 10m apart – what’s causing the difference? 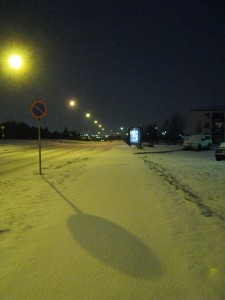 Answer: Icelanders heat some streets with warm water pipes that are set underneath them. This way they’ll stay non-icy throughout the year. The first photo shows a steep descend of the walkway that leads into a tunnel. It’s kept warm so that people can safely use the tunnel without having to climb a steep, icy hill up and down to get there.

This list is nowhere near complete, and it not only excludes almost all of the dialect words but probably many of the typical, generic ones as well. I think it’s safe to say that by combining all the names of snow and all the compound words you can make out of them you might very well end up having those legendary hundred words for snow!

More names for snow can be found for example in this list over here.

*Even excluding words such as snjóflóð (= avalanche).