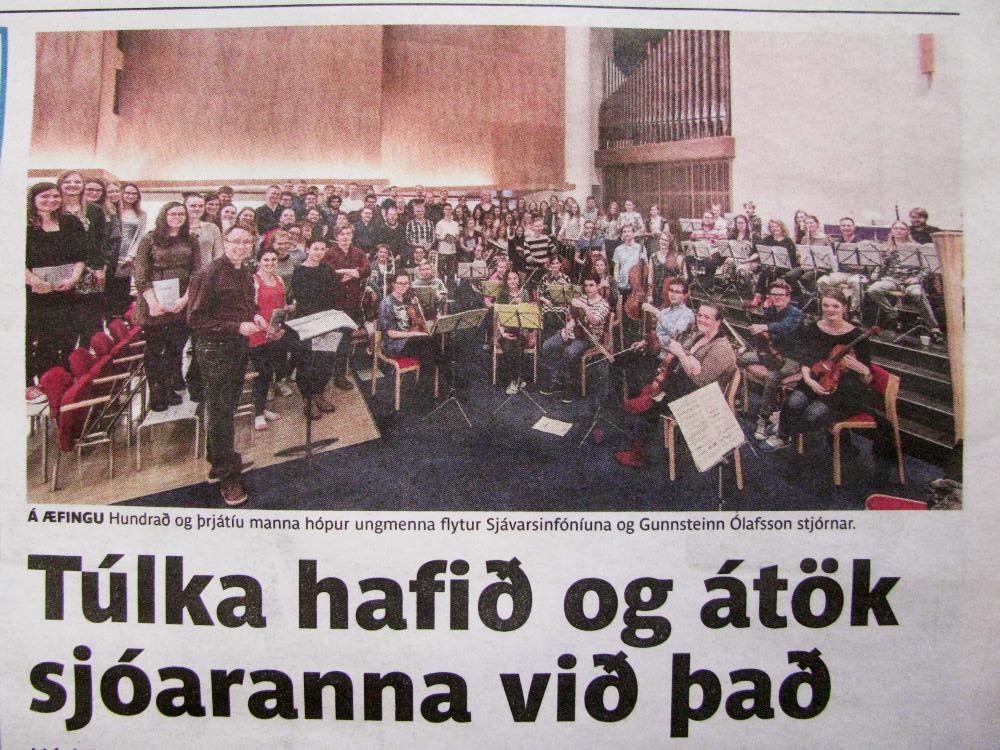 At a practice: A group of a hundred and thirty youths present the Sea Symphony lead by Gunnsteinn Ólafsson; interpreting the sea and the sailors’ conflict with it.

Icelandic is nightmarish to learn to pronounce, so wouldn’t it be awesome if there was a shortcut that allowed you to easily remember how certain letters are pronounced, and maybe even help you out with learning them in the first place? Well, there is!

Like I often like to say, singing is the way to go. Singing alone is beneficial already but nothing compares to singing in a group. If you’re lucky enough to actually be in Iceland for studying the language, the best option for you, if you’re at all inclined to singing, is to join a choir. In comparison to the size of the country Iceland has an unbelievable amount of choirs of all kinds, and possibilities for joining them are everywhere. The one I’m singing in is Háskólakórinn, the University Choir, and joining it was probably the best decision of my whole language learning time… and even though I already graduated from the university, the choir doesn’t seem to be kicking me out just yet for some reason. 😀

I admit that originally I was very shy about the whole idea. Joining a choir? Me, who barely spoke any Icelandic at first? It therefore took me a few years before I dared to try the auditions but once I was accepted I quickly settled in. The choir has a large-ish minority of foreigners so all information comes first in Icelandic and then in English – my initial worry of always being confused was proven false right from the start.

I quickly made friends inside the choir too which further dipped me into a twice-weekly language bath, because your Icelandic friends are less likely to switch to English than random strangers even when you’re struggling with the language. Best of all I’m continuously forced to learn complicated texts by heart, have people around me ready and willing to translate the parts I need help with (if even they understand them, old Icelandic can be difficult even for the natives), and I always have a large group to help me out with pronunciation difficulties. Singing also helps build the correct rhythm into the language as well, so joining a choir has been an all around positive experience for me. 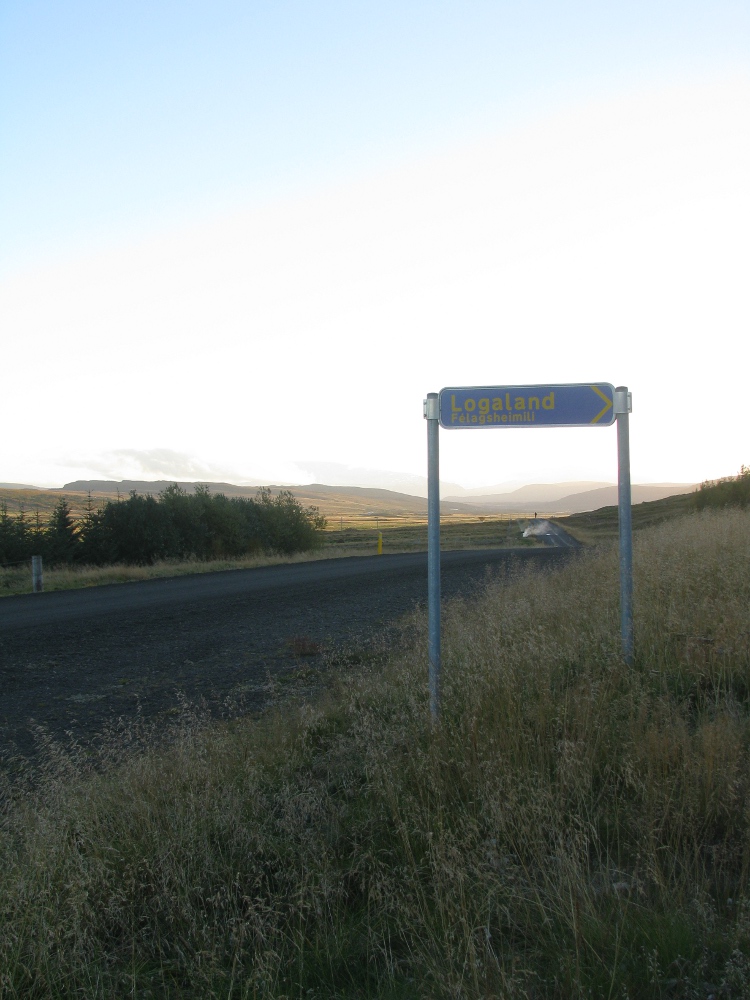 Logaland félagsheimili, a summer camp centre. One of the places the choir camps have been held at.

Naturally that’s not all there is to it. The choir also hangs out together outside of the actual practices, organizes rehearsal camps in the Icelandic countryside, travels abroad almost every year and works on one large piece per year. This year’s piece is Sjávarsinfónían, The Sea Symphony by Ralph Vaughan Williams and it will be performed with the Ungfónía, young people’s symphony orchestra with a pun-ny name put together of ungur (= young) and sinfónía (= symphony). Lately we’ve been practicing many extra long days since the first concerts will be held this coming Saturday and Monday – exciting times for me for sure! 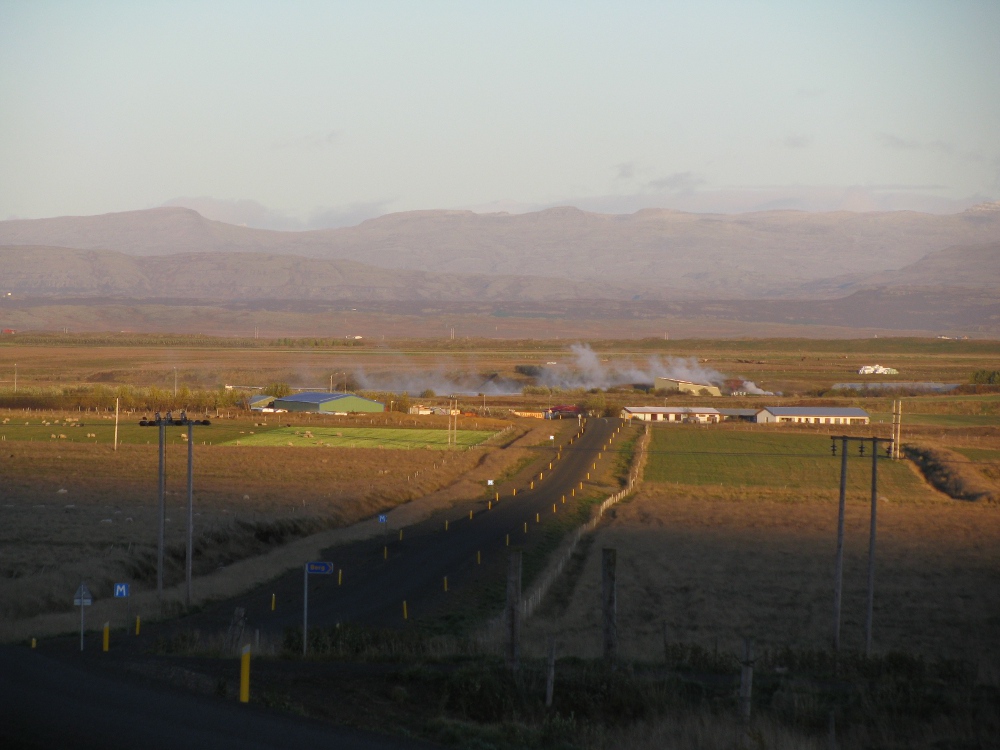 Choir practices with a great view! The steam means that there’s a warm swimming pool nearby (and we were allowed to go have a soak during a break).

An article about the concert can be found here. Our baritone soloist had this to say about the piece:

“The Sea Symphony is unbelievably good. Though the piece was composed in the early 20th century and was then regarded as futuristic in sound (tónmál = lit. transl. sound language), Vaughan Williams is very melodic and writes for all (as in his works can be enjoyed by anyone). He also captures the mood well when he interprets the sea and the sailors’ struggle with it.”

I have to agree with him about this. The Sea Symphony is a beautiful piece and if you ever have a chance of hearing it I warmly recommend it! And for those of you who sing in choirs in other countries… wouldn’t it be awesome to add some Icelandic songs to the repertoire? 😉