When thinking of Iceland-specific things a guestbook is probably not the first thing that comes to mind, yet the way Icelanders approach the idea is so Icelandic I almost didn’t realize there was anything unusual about it until a friend pointed it out in her blog. Icelandic guestbooks are more than just a list of names. 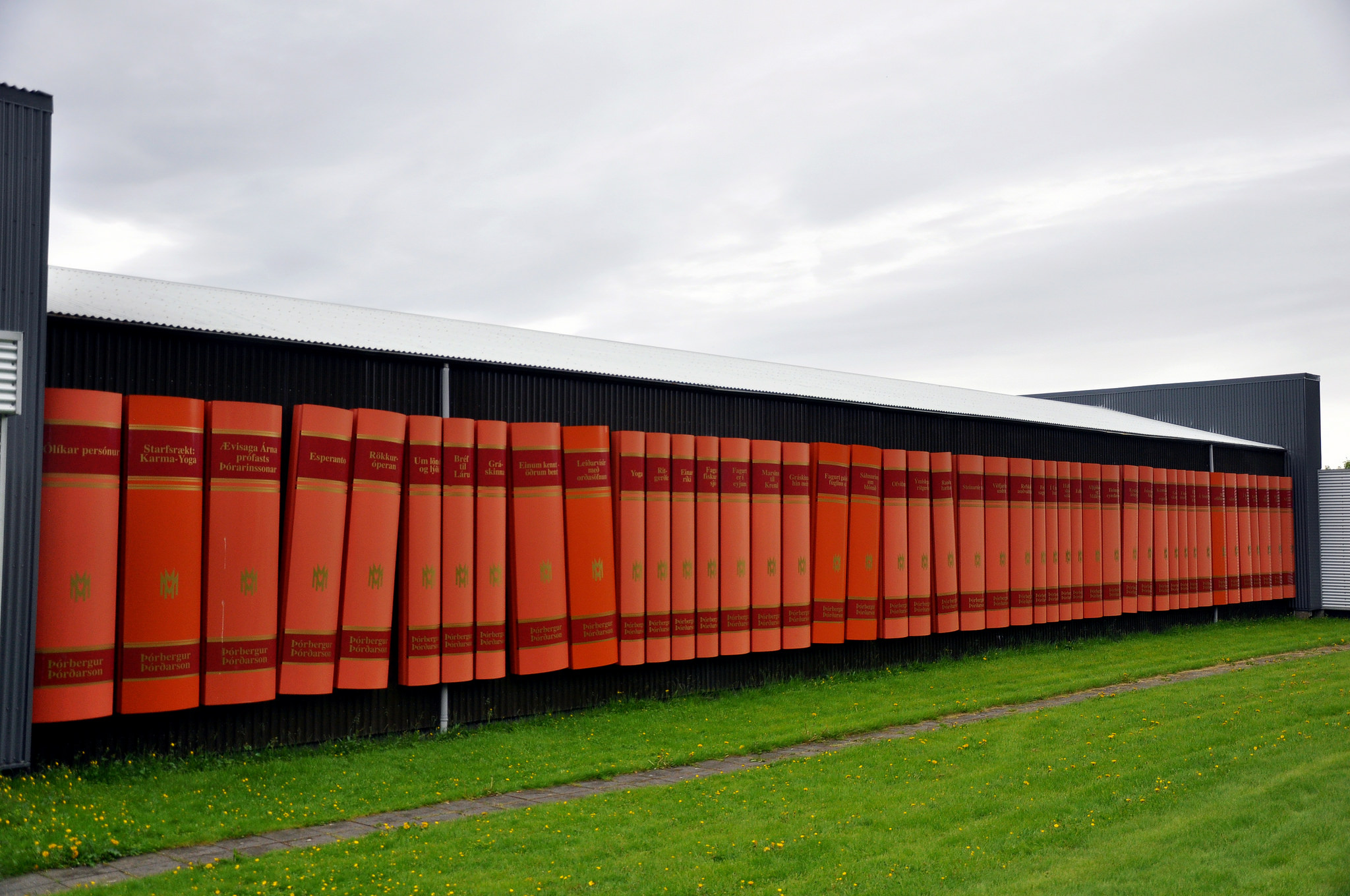 Faux book exterior at Þórbergssetur by Jennifer Boyer at Flickr.

The first time I came across one was at a summer cottage party. Now, that alone was a little bit extraordinary for me; guestbooks have their places in museums, mountain tops, places people pass by but at someone’s summer cottage? For what reason would someone have one there when all you planned to do was to hang out with friends? And why, why in the world, was I given a large box of crayons along with the book I was supposed to sign? 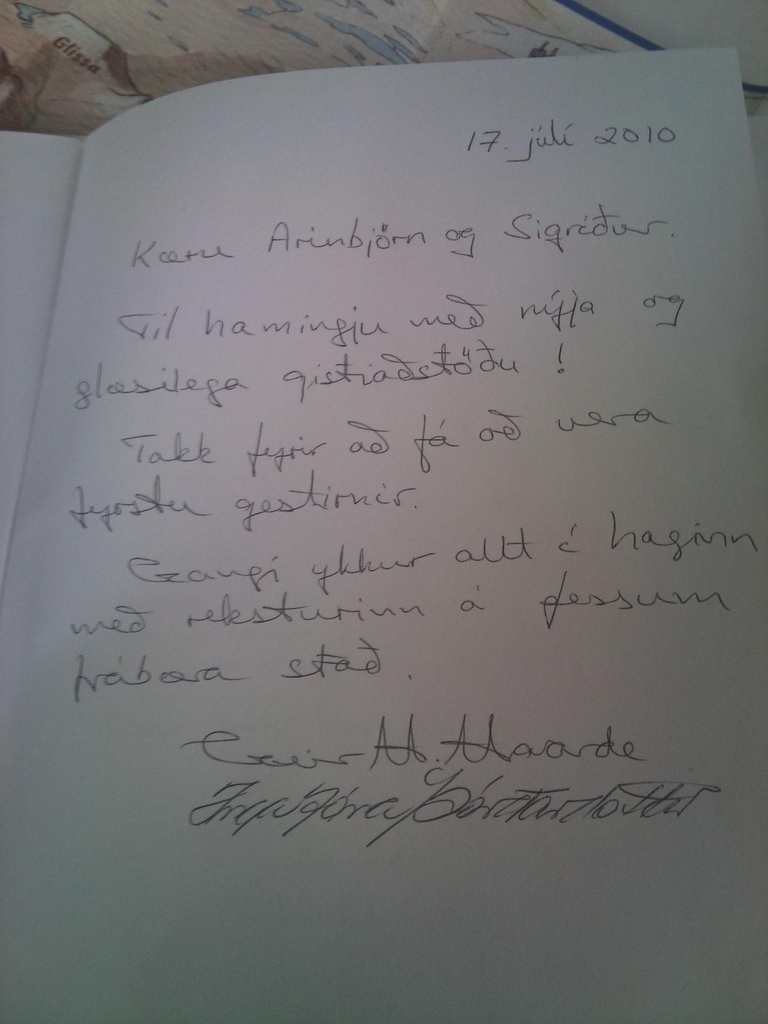 The tradition of a guestbook keeping in Iceland is quite long and has its roots in practicality. For most of the time the books have been exactly as you’d think, a list you sign yourself on along with the date you were there. What may not be as usual is the reason why it was so vital to sign them and as a matter of fact, still is, because writing your name in one is one way people can save your life should it happen to need saving.

Simply put, the guestbook tradition not only listed who had visited museum, guesthouse or mountain X, they also marked down the paths people took while they were traveling. For a long time one of the best way of tracking down a person lost in the highlands was to follow the trail of guestbook markings they had left behind and so come to a clear point of where they had initially disappeared. Today many other means of finding lost people also exist, but just to stay on the safe side it’s always good to write down your name and the time you were at the book if you’re on a hiking trip.

However, these books are not the kind I’m thinking of when I speak of Icelandic guestbooks. The Real Deal is something far more colourful and wild, a chance to completely let out your artistic side and write, draw and paint to your heart’s content! Why not use half a page or a whole page even, one summer cottage trip can easily fill out a quarter of a book because everyone gets to have their moment with it, and sometimes hostel guestbooks aren’t lagging far behind. Just leaf through one if you see one of these and admire the work left by people who visited the place before. Often you can also read poems, little stories of what happened when they were there, what the weather was like, what foods were eaten, all kinds of little details of the lives of people you never met but who share with you the experience of having been there. 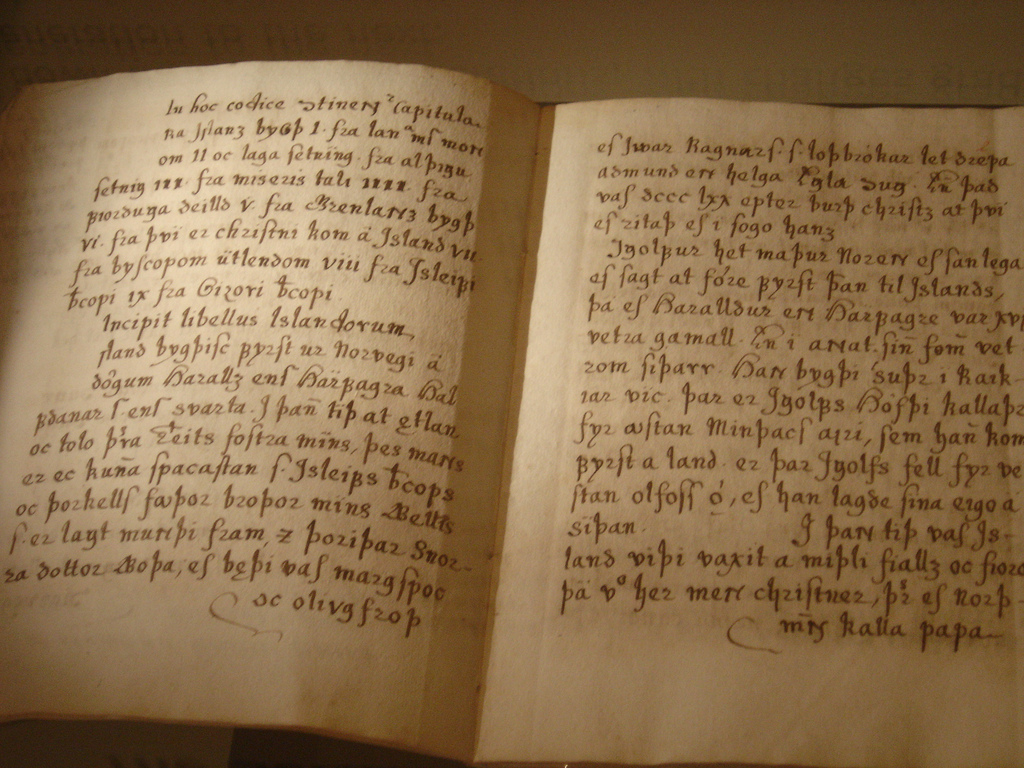 The Book of Icelanders by My Lil´Rotten at Flickr.

My own theory is that filling in guestbooks as if they were a piece of art waiting to happen is just yet another way Icelanders write down history. They’re known to jot it down in tiny detail to begin with starting from the Medieval sagas and spanning over a thousand years of writing, and at any time someone might pick up a book dedicated to their own family line (it’s a common joke here that anyone who’s not yet published an autobiography is in process of writing their first one) just to browse through what went on before.

Guestbooks are treated the same way. It’s not just a book listing people’s names, it’s a book meant to be read by the people who arrive at a later moment. Sometimes you find a whole stack of them instead of just one, all filled up and meant for viewing.

This is exactly what happened with my own first guestbook experience. While I was pondering on what to write or draw the others read busily down the memory lane and pointed out things of interest, “we visited that place too that one time”, “remember this year when that one person partied a bit too hard” and “hey did you write this part?” filling the room, only interrupted by someone deciding to draw in it themselves. Needless to say it took quite a long time before we managed to all sign our presence in it!