In my language studies in German, Russian, and Icelandic, nothing has been more valuable to me than reading a book to bolster my skills. I am always frustrated early on in my studies, and sometimes I throw in the towel (Russian is on hold at the moment). But when I force myself to read a book in a new language (and I do mean force), I find myself getting frustrated quite easily. But by the end of the book, I can’t imagine why I was so stressed out in the beginning.

Strategy suggestion: If you’ve reached a threshold (between beginning and intermediate) level of fluency, my suggestion is to not look words up. Beginngers: look up words minimally. Write down important words or phrases for review later, maybe in a Memrise course. But do your best to push straight through. Have a look at the Common European Framework Reference for Languages (CEFRL) to see which category you might fall into. 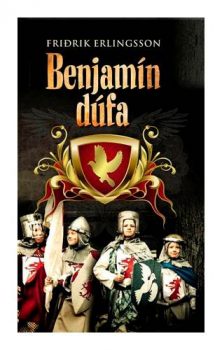 Benjamín Dúfa is a coming of age story. Benjamín and his three best friends, including the new kid in their small neighborhood, decide to become crusaders of justice. They dress up in full knight’s regalia, standing up for the weak. When the house of the kind old woman in the neighborhood burns down, the boys think creatively to find a way to rebuild it so that she can come home.  The text is aimed at ages 7+, but it can be a bit rocky at times, so be patient. Still, I recommend it for level A2 readers (upper beginner) on the CEFRL. 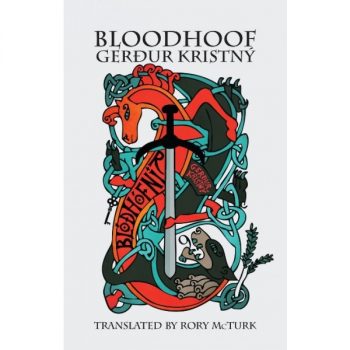 You may have heard of this one. It’s Gerður Kristný’s, one of Iceland’s most notable poets, retelling of the old Norse poem Skírnismál, in which Freyr, the god of fertility, spies a beautiful giantess named Gerður from his seat on Óðinn’s throne. Freyr’s messenger Skírnir promises to bring Gerður back to him, to become his bride, in exchange for his horse and sword. He sets off to woo her, offering her precious gifts that she refuses, only accepting once he threatens her and her family. I recommend this in bilingual edition, available from arcpublications.co.uk, because the language can be tricky, especially because this story is a full-length, but spare collection. Some pages are only a few lines long. That means they’re dense, packed full of meaning. I recommend this for a B1 Icelandic reader, for the challenge.

“Tími kaldra mána” is Magnús Sigurðsson’s award-winning poetry book, translated into English this year. The poems are sparse and complex, but the way he uses language isn’t unusual. He uses more complex wordplay – the kind where, when you get the pun, you let out a long sigh and smile. And you will get it, with enough persistence. The subject matter is the environment; his vocabulary is expansive, but he repeats several key words throughout the book, leaving handholds for his reader to understand his logic. I recommend this book for B2 readers who are ready for a challenge. Available in a bilingual English-Icelandic edition from Phoneme Media.

This is a thick book for a beginner, so I recommend it only for intermediate to advanced readers. Hundadagar is the story of the Dog Days King of Iceland, Jørgen Jørgensen, who proclaimed himself ‘protector’ of Iceland and took power for a few months before being chased out. The novel is hilarious, clever, charismatic. Einar Már’s humor is serious, but playful – teasing almost, as he travels with us through the various escapades of JJ. This might be the best novel you read this year. (Recommended for B2-C1 readers–only available in Icelandic – English translation is underway).