Makepung Races in Bali Posted by sasha on Sep 13, 2016 in Uncategorized

There’s much more to Bali than just hanging out on the beach and partying. While the Island of the Gods may be famous for its world-class surfing and wild nightlife, there’s a rich, vibrant culture to explore there as well. One unique cultural event in Bali is Makepung – water buffalo races. 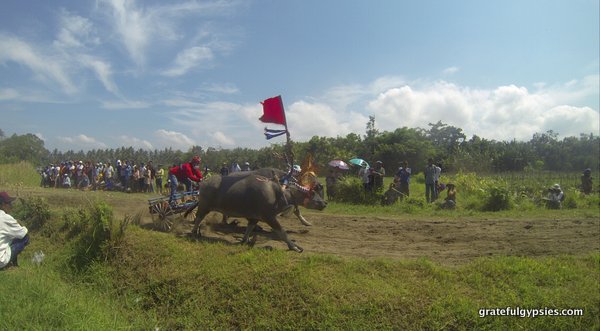 The Makepung races are held every two weeks throughout the dry season, always on Sunday. There are seven different circuits that are used for the races and they’re all located in Jembrana, West Bali. Before the race, the buffalo’s horns are painted and they are adorned with colorful ribbons and harnesses. 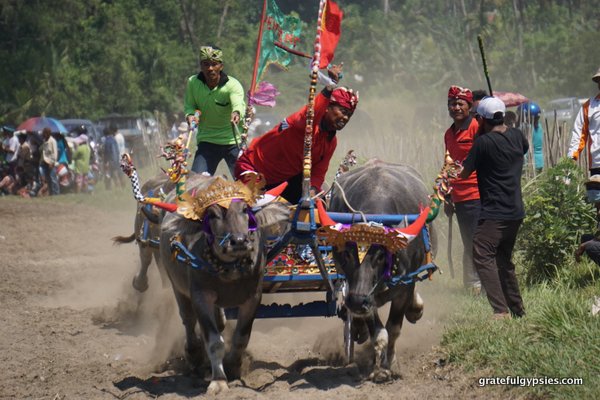 The race is on.

A pair of two water buffaloes is paired with a jockey and hooked up to a traditional wooden plough. Teams are divided into east and west, which you can recognize by their uniforms. Teams from the east wear red while those from the west wear green. 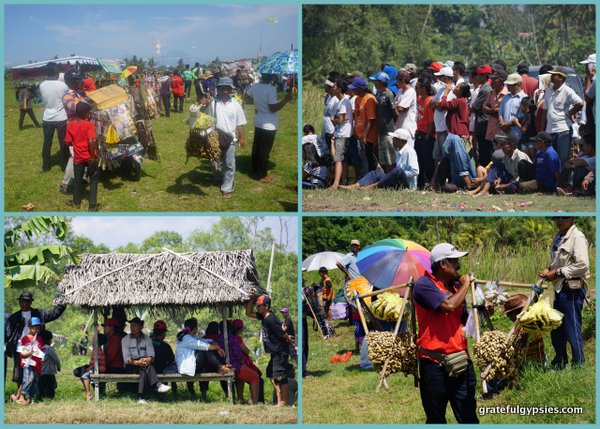 The Makepung races are quite the occasion, with thousands of people turning up for each one. There are tons of vendors out selling snacks, drinks, clothing, and toys. Not surprisingly, betting is also a big part of the races. 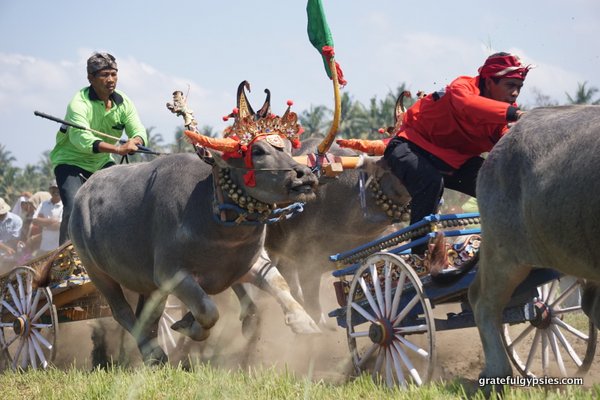 It can get a little rough out there.

A word of warning if you want to attend the Makepung races – the jockeys push their buffaloes to go faster by whipping them on the back. By the end of the race, the buffaloes are bloodied and beaten. If you can’t handle seeing this scene, it’s best to just stay home. Like it or not, animal rights are not big in Balinese culture. 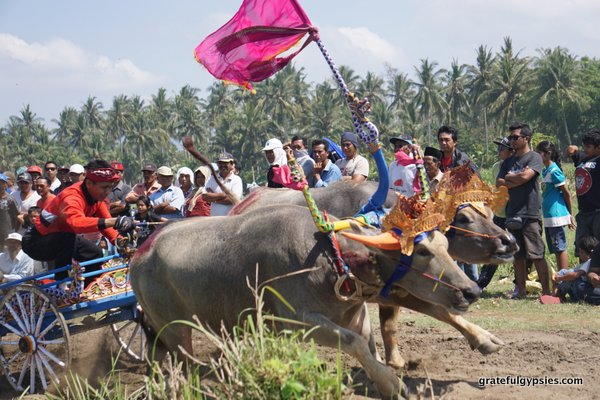 Who won? Who knows…

The races take place on a makeshift dirt track and there are no barriers between the track and the crowd. Needless to say, the scene can get a bit chaotic at times. Some spectators even bring their own whips that they try to use from the sidelines. 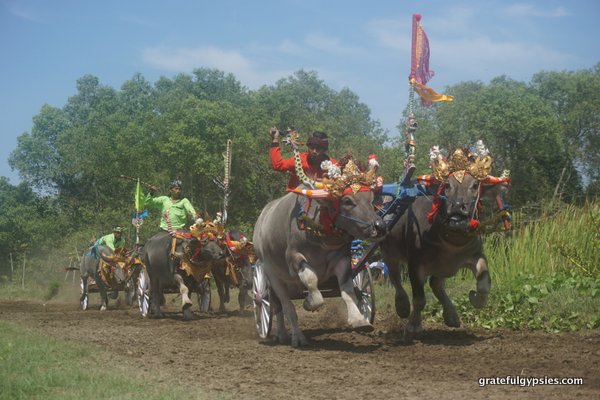 The dates for the Makepung races vary, but they generally take place between July and November every other Sunday. Keep in mind that the races start bright and early – they need to finish before the intense heat of the Bali afternoon kicks in. The action usually starts before 8 and winds down a little after noon. 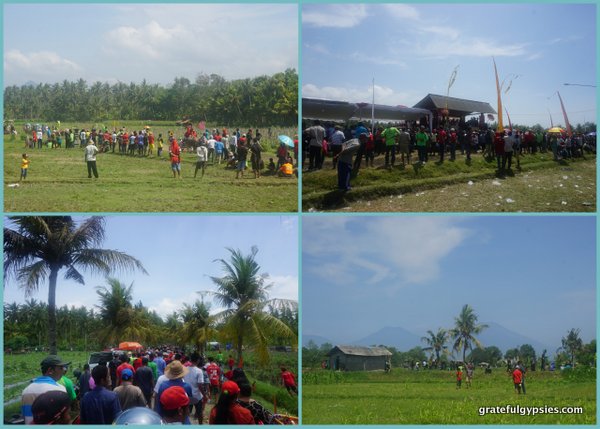 If coming from the popular beach towns in the south of Bali, it will take close to four hours to get up to Jembrana. Rather than leave in the middle of the night to get there, it’s better to make the race a stop on a Bali road trip. The town of Medewi is a nice place to spend a night on the way up there, and you could then continue on to visit West Bali National Park, where you can do some hiking or go snorkeling/scuba diving at Menjangan Island. 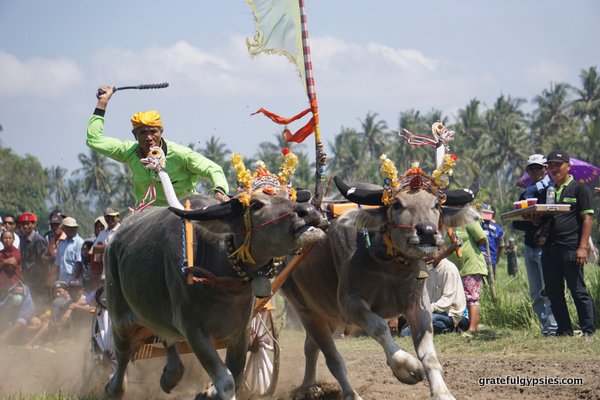 If you’re in Bali or are planning a trip there soon, you have a few more chances to catch a Makepung race this year. Here are the details on the remaining races: