Traveling Around Lombok Posted by sasha on Dec 6, 2017 in Uncategorized

While Bali gets all the attention when it comes to tourism in Indonesia, its neighbor to the east has a lot to offer as well. Lombok is a fascinating island with so much to see and do. From trekking the 2nd highest volcano in the country, to diving off of idyllic tiny islands, to riding epic waves, Lombok is well worth a visit. Let’s take a look at what you can do traveling around Lombok. 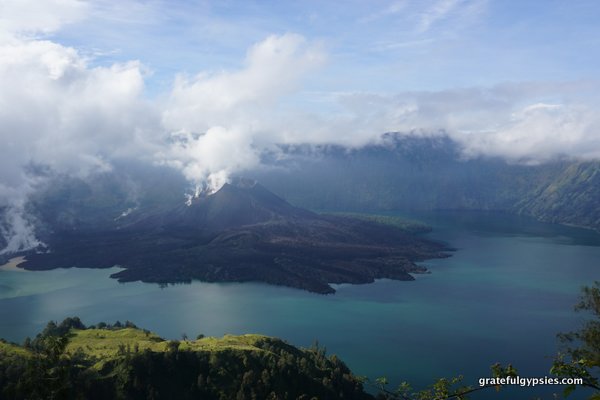 Not a bad view at all!

One of the highlights of traveling in Indonesia is a multi-day trek up Gunung Rinjani on the island of Lombok. Towering at 3,726 meters (12,224 ft), this active volcano is the 2nd tallest in all of Indonesia. Trekking trips range from 2-5 days and go all the way to the summit or just to the crater rim if you’re not up for the incredibly challenging hike. Read all about it in these posts – Part One and Part Two, and then check out the videos: 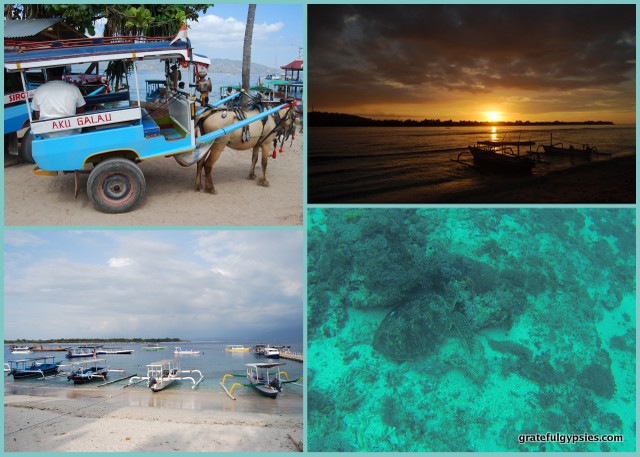 Located to the northwest of Lombok are three little islands called the Gili Islands, or ‘Gilis’ for short. Gili Trawangan is the biggest and most western off the mainland followed by Gili Meno and Gili Air (pronounced AH-yer). The islands have only been inhabited by people for about thirty years. Bugis fisherman from Sulawesi were some of the first to use the islands as places to stop and rest along their voyages. Then they were used by the Japanese as lookout points and prison camps for POWs during the second World War. For a few years in the 70s they were used for coconut plantations, but the project was abandoned.

The 1980s brought adventurous backpackers over from Bali and since then tourism to the islands has continued to grow, especially in the 90s as more and more dive companies set up shop. Today all three islands are popular with travelers of all ages. All the islands are unique in that no motorized vehicles are allowed. You can only get around by bicycle or a horse drawn carriage called cidomo in Indonesian. Check out our posts and videos on each island and start planning your vacation! 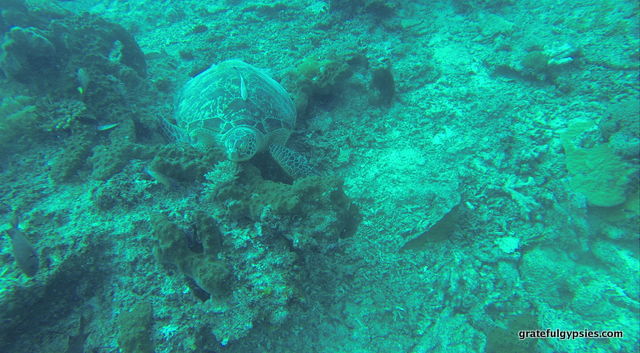 This is the biggest of the three islands and known to most as ‘Gili T’ or ‘by its silly nickname ‘Gili Tra-la-la.’ It attracts the most visitors and was developed more quickly than the other two islands because of its proximity to dive locations. It has a population of about 800 permanent residents. It also has the reputation of a ‘hippy party paradise,’ but we found it to be more subdued than this label would imply. 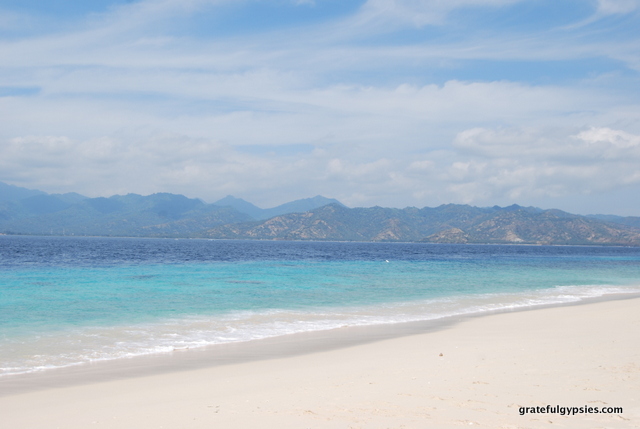 This island is in the middle of the three and is also the smallest. The middle island is much like a middle child – it doesn’t get as much attention as the other two. It is known as the honeymoon island because it is much quieter and more undeveloped than its neighbors, so this attracts mostly couples looking for a quieter place to relax 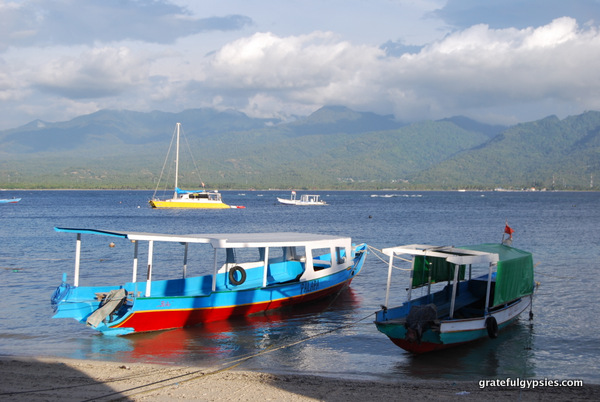 Looking at Lombok from Gili Air.

Gili Air is nearest Lombok and is number two in size out of the three islands. It has the largest permanent population of residents at about 1,800 people. It’s a happy medium of the party vibe of Gili Trawangan and seclusion of Gili Meno. 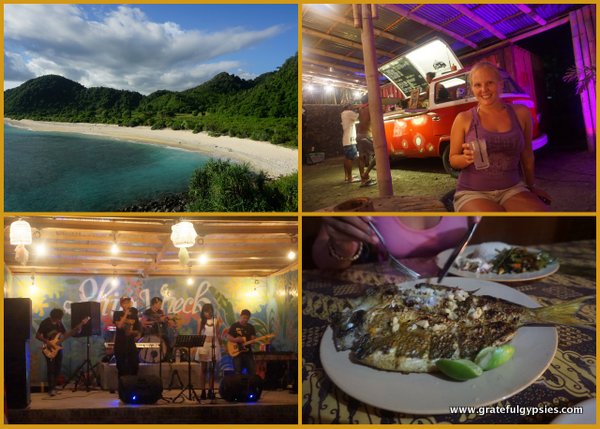 Welcome to the good Kuta!

Kuta, Bali is one of my least favorite places on Earth. It’s basically one giant tourist trap, full of touts, scams, and never-ending traffic jams. Thankfully, there’s a much better Kuta Beach not too far away. Kuta, Lombok is a great place to spend a few days visiting stunning beaches, surfing, and enjoying some chilled out nightlife. Explore the good Kuta in this video and make sure to include it on your Lombok itinerary.

Doing a Rinjani trek, island hopping in the Gilis, and visiting Kuta can all be done with 10-14 days in Lombok. Since most people get one month visa-free in Indonesia on arrival, you can split that month between Bali and Lombok to get a good taste for both islands. There are thousands of other islands in Indonesia, so you’ll just have to plan a return trip to visit some of the other ones!