How not to apologize – Mori of Tokyo Olympics Posted by eriko1 on Feb 21, 2021 in Culture, Vocabulary 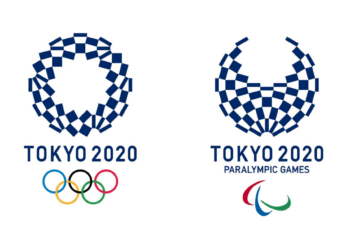 About 80% of Japan thinks that there should not be an Olympics in 2021.  During that low supporting environment, “Yoshiro Mori, an 83-year-old former prime minister (総理大臣sori daijin) with a record of insensitive (無神経なmushinkeina) and sexist pronouncements, had tried to justify the lack of women at a senior level in the Japanese Olympic Committee by saying women talk too much at meetings and make them run on too long.  The following day, he apologized (謝るayamaru) but showed no apparent remorse (後悔koukai) and said he had no intention of resigning (辞任するjininsuru).” (Washington Post 2/11/2021)

The whole incident shows curious vocabularies that are rooted deep in Japanese society and culture.  Let’s move away from the obvious gender inequality issue itself this time.

On February 3, 2021, Mori said that female directors on the Tokyo Organizing Committee of the Olympic and Paralympic Games were弁えている. 弁える(wakimaeru) is considered a virtue in Japanese society.  So what does that mean?  In English, the closest would be “know one’s place.” It does not entirely sound positive in English, does it?  When asked by a journalist during his apology press conference on February 4 if he meant women had to refrain from speaking, Mori got very angry, declaring that the journalist was just trying to make his article interesting.  In Twitter, people tweet with the hashtag わきまえない女– a woman who does not know her place – to show that women should not be silenced.

Mori’s press conference on February 4 was to apologize for the sexist comments he made. However, the conference is referred to as a 逆ギレ会見 (kaiken, press conference).  逆ギレis a  noun form of a very popular Japanese term – 逆ギレする (gyakugiresuru). It means one that is in the place to apologize starts getting angry instead.

Mori started his apology speech by saying that he would take back or retract the comments. The term is 撤回する(tekkaisuru). You can take your words back.  All should be forgotten like the old Japanese set-phrase – flush in water(水に流すmizuni nagasu), meaning “forgive and forget. Initially, IOC did not make a big deal about the sexist comments because Mori had “taken his words back”until the sponsors started to issue statements to condemn Mori’s remarks.

In his resignation interview on February 12, Mori apologized for his “inappropriate(不適切なfutekisetsuna)” remarks that had caused many problems, but he claimed that he had been victimized as an “old fart(老害rougai)” and was treated unfairly by the media.

But Mori’s leaving the committee will not end society’s struggle against gender discrimination.

To be fair, there are people who say that the media and some people only read certain parts of his speech and unfairly criticized him, or he was being bullied.  I did read itin its entirety, and my opinion remains the same. The general sentiment was that Japan had to prove to the world that it would not tolerate sexism. However, a Japanese TV commentator said jokingly why should we care what the US would think when the US had kept the president who had no respect for women for 4 years.  Interesting…

So if you have to apologize publically in Japan, remember those terms, and do not act like Mori!