8 Norwegian Proverbs Posted by Bjørn A. Bojesen on Jan 27, 2017 in Traditions 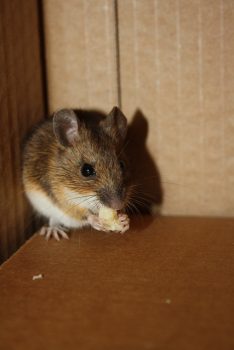 Before the Internet, proverbs were like offline memes that anybody could throw into a conversation to make a point! 🙂 Even though our communication has changed, ordtak (proverbs, literally ”word-grips”) still exist in many communities, including Norway. I think proverbs are a great window into the original ”mood” or setting of any language, so even if you don’t end up actually using the sayings below, they might help you on your quest to ”think Norwegian”! 🙂 Also, many Norwegian proverbs have fun rhymes.

Ut på tur, aldri sur! ”Out on a trip, never sulky!” To me, at least, this is a very Norwegian proverb, as it really shows many Norwegians’ enthusiasm for the great outdoors! 🙂

Det finnes ikke dårlig vær, bare dårlige klær.. ”There is no bad weather, only bad clothing.” This pretty much expresses the same as the previous one; there simply are no excuses when going on a fjelltur (mountain hike)! 😉

Når katten er borte, danser musene på bordet. ”When the cat is gone, the mice dance on the table.” When there’s no leader to tell people what to do, they just enjoy themselves and get nothing done…

Jo flere kokker, jo mer søl. ”The more cooks, the more mess.” You have to be the right number of persons for a task. If you’re too many, it’ll be a disaster! 🙂

Bare bok gjør ingen klok. ”Only book makes nobody wise.” You can’t get every experience through things you read – you need to go out in the world and talk to people. 🙂

Ingen fisk uten bein. ”No fish without bones.” Nothing in life comes easy. 🙁

Gammel vane, vond å vende. ”Old habit, hard to turn.” If you’re used to something, it takes a lot of work to get new habits and change…

Den som vil være med på leken, må smake steken. ”The one who wants to join the game, has to taste the steak.” This proverb basically says that people have to take responsibility for what they do. Like if you have fun and party all night, you’ll have to accept that you’ll probably feel sick and tired the next day! 🙂