A Norwegian Quiz Posted by Bjørn A. Bojesen on Sep 21, 2015 in Uncategorized 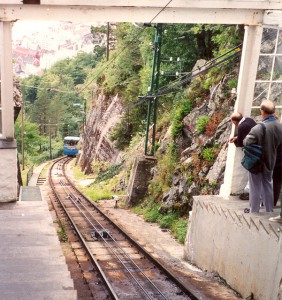 The Fløyen funicular in Bergen. (Photo by Roger W at Flickr, CC License.)

How much do you know about Norwegian culture? Here’s a quick quiz to speed up your brain…

2. North of polarsirkelen (the Polar Circle)
Æ. winters are completely dark
Ø. you have to drink alcohol to survive the bright winters
Å. you can see nordlys (northern lights) 24-7

5. With hits like ”The Fox”, this Norwegian duo became a YouTube sensation in 2014
Æ. The Bytles
Ø. Ylvis
Å. Mychael Jåckson

7. If someone in Western Norway asks if you’d like to try some smalahove, you’ll be served
Æ. a ram’s testicles
Ø. a goat’s eyes
Å. a sheep’s head

8. If someone in Trøndelag asks if you’d like to try a karsk, you’ll be served
Æ. tea mixed with gin
Ø. coffee mixed with brandy
Å. milk mixed with vodka

9. The widely varied national costume that many Norwegians are sporting during the constitutional celebrations of 17. mai is called a
Æ. bunad
Ø. dugnad
Å. kofte

12. The following browser was originally made by Norwegians
Æ. Explorer
Ø. Opera
Å. Safari

14. In this lake you can see a sjøorm (sea monster)
Æ. Seljordsvatnet
Ø. Mjøsa
Å. Femunden