Døgnvillfestival Posted by kari on Sep 6, 2010 in Culture, Norway and the world 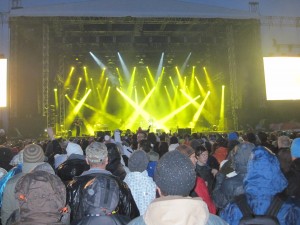 Wow.  I am so glad I purchased a ticket for one night of Døgnvillfestival in Tromsø last night.  Well worth the 669 NOK spent to hear Band of Horses and Prodigy, not to mention just oppleve (experience) Norway´s 3rd largest music festival.  What a production!  I think the music actually started mid-afternoon, but we stumbled up the hill to Valhall, the music grounds at about 7 oclock, just in time to grab a couple beers before Band of Horses started playing. 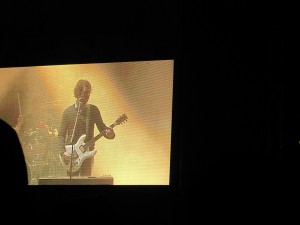 Valhall is an area almost on the top of the mountain on Tromsøya, just a few blocks from the city center.  There were 2 stages with incredible sound and light shows.  Many beer tents and even more food tents where you could find anything from pølser to kebabs with reinsdyrkjøtt (reindeer meat).  I´m really regretting not getting one of those.  I love reinsdyrkjøtt.  I did, however, indulge in some sort of baked potato thing bacon and cheese after barclose in a little hole-in-the-wall eatery.  Just another 15 dollars added on to my very expensive night.  The ticket for the show, the entrance fee for the club plus drinks all night for myself and a friend was no cheap event.  Welcome to Norway all over again 🙁  Was well worth it though.

So, back to Valhall, the festival venue.  It is named after Valhalla, which, as you may know is the word for the mythical place Vikings were believed to reside in after death.  The god Odin is ruler of the hall located in Asgard and he actually chooses half of those who die in combat to come live in Valhalla.  Those who are chosen join the masses of other fallen warriors who died in combat.  Outside of the hall stands the golden tree, Glasir and the ceiling is full of golden shields.

Valhall is a perfect place for the festival to be located.  Plenty of room, close to the city center, and a great view of the city below and across the water to mainland.  Even though it was cold and rainy last night, with gummistøvler (rain boots), a regnjakke (rain jacket), good company and great music, it was a fantastic time.  I didn´t see anybody get too crazy, even after Prodigy played 🙂 Although I did just read in the paper that the police had a lot on their plate last night.  It was clear to me last night that such events in Norway are very well staffed with vakt (security).  Every festival-goer got frisked upon entrance and there were vakt everywhere making sure nobody got out of control. 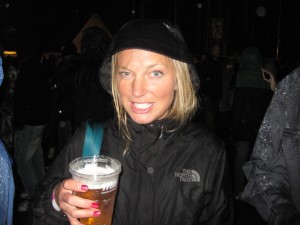 I was proud to be an American last night after hearing Band of Horses, a Seattle band play.  Prodigy was also incredible.  All in all, it was a great night in Tromsø.  Many happy people out on the town, who, like myself, are probably not feeling so great today.  It´s 3pm and I just woke up, kind of looking forward to hopping into bed early tonight 🙂  I think maybe the rød sky (red sky) shot with tabasco in it I had last night was one too many-was quite tasty though:)