Fridtjof Nansen Posted by kari on Dec 9, 2010 in Norway and the world

Nansen (Oct. 10, 1861-May 13, 1930) grew up nearby Christiania (now Oslo), where his interests in expeditions and the outdoors blossomed.  At age 2, Fridtjof was on skis and later skates.  He broke the world record for skating one mile and for 12 consecutive years won the cross-country skiing championship in Norway.  As a boy, Fridtjof would spend his summers fishing and swimming, while in the autumn and winter he would hunt for game in the forests.

In 1881, at 20 years old, Fridtjof started his studies at the University of Christiania.  It wasn’t long before he went on his first sea vogage on a sealer called Viking to study arctic zoology.  Nansen and his team proved their hunting abilities by shooting 200 seal.  Towards the end of the expedition, Viking became lodged in the ice.  Upon the ship’s dislodging, Nansen decided not to resume his studies at the University of Christiana, but rather accept the position of curator at the Bergen Museum, where he was to serve 6 years.  Nansen’s main interest lay in the neuroanatomy of the central nervous system of lower marine creatures.  He is well known for his contributions to modern neurology.

After his time as curator of the Bergen Museum, Nansen began to get serious about his expeditions.  He was part of a team that crossed Greenland and with a different team he reached a record 86 degrees on their North Pole Expedition-Fram.  From thousands of people interested in the voyage, Nansen chose 12 crew members.  The ship departed on June 24, 1893 from Christiania.  After Fram reached 83 degrees, Nansen decided that he and Hjalmar Johansen would leave the crew on Fram and travel by dog sleds to the pole.   In order to feed the healthy dogs, the pair would have to kill the weakest dog (very unpleasant to think about…)  After months and months of exploration and an incident with walruses attacking their kayaks, the 2 finally had to camp out for the winter in a hut that they built.  They had bear, seal, and walrus to eat.  After months more, they were met by a British explorer, who took Nansen and Johansen on board and dropped them off at the port city of Vardoe, Norway on August 13, 1896.  In case you forgot when they started, it was 1893-that’s 3 years.  I can’t even imagine! 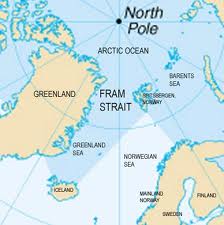 Fridtjof Nansen was not only a courageous polar explorer, but a politician and humanitarian as well.  In 1905, he helped Norway’s effort to become independent from Sweden by convincing Prince Charles of Denmark to take the throne.  From 1906-1908, nansen served as government representative in London and in 1921 he was the League of Natiobns High Commissioner for Refugees.  In 1922, Nansen received the Nobel Peace Prize for his work with displaced WWI victims and victimes of other conflicts.  He even created what became known as the “Nansen Passport” for stateless persons-the first refugee travel document.  The international “Nansen Passport” is recognized by 50 + countries.  After Nansen’s death in 1930, the Nansen International Office for Refugees was established.  In 1938 the office was awarded the Nobel Peace Prize.

I would have liked to meet Mr. Nansen.  Not only was he a handsom lad, but such a dedicated scientist, explorer, diplomat, and humanitarian who laid his mark on the polar region and the entire world as well.