Mandatory military service Posted by kari on Apr 18, 2009 in Norway and the world 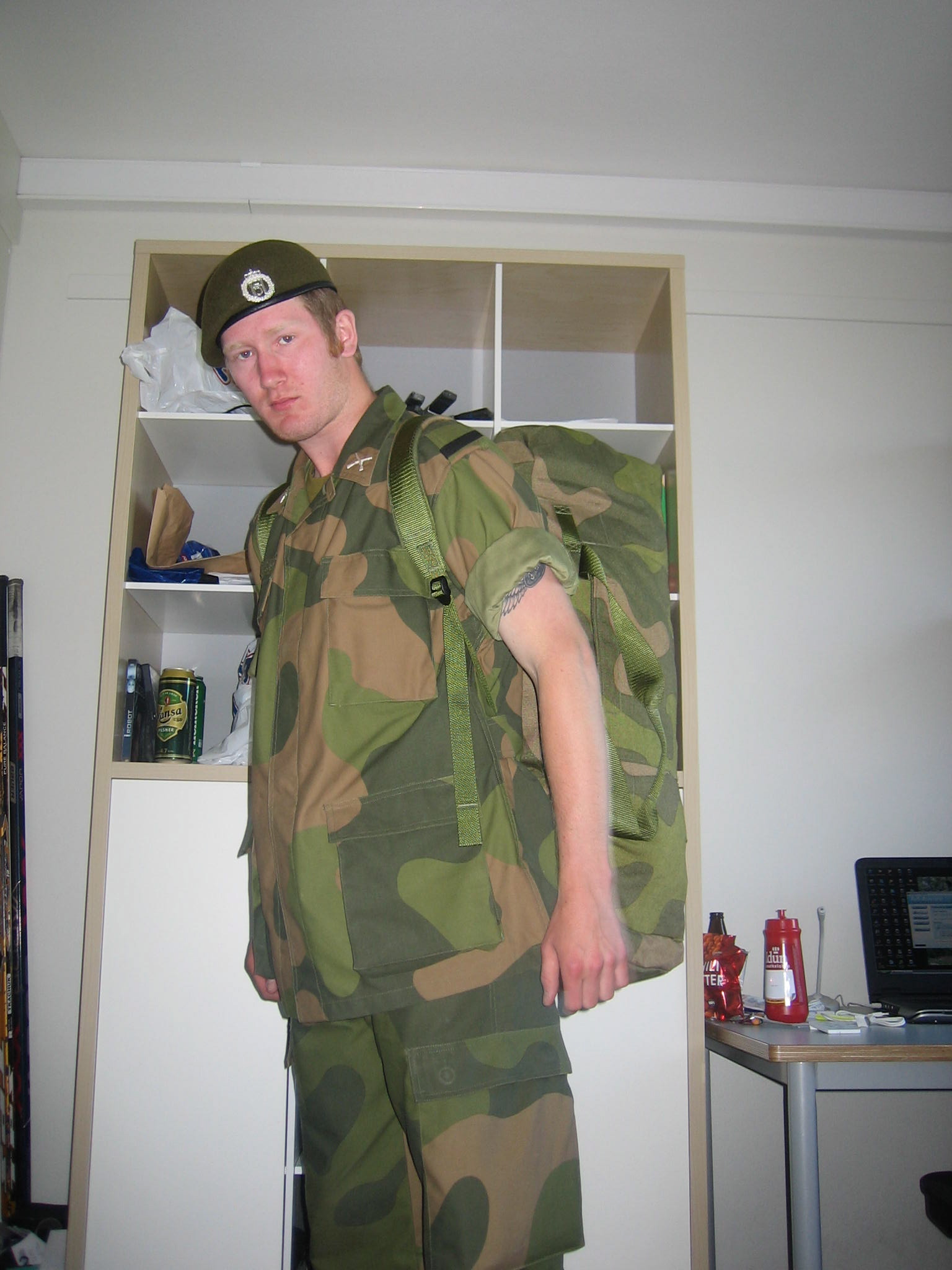 Norwegian men between the ages of 18 and 44 are obliged to serve 18 months i militæret (in the military).  If a parent gives consent, a boy can enter into the military at age 17 and in wartime, men up to age 55 can serve.  Although a man has a large window of years within which he can serve, most do so before their late 20s.  Draft time for those who participate in the home guard is 6 months.  Those who serve in the army, the navy, or the airforce serve 12 months.  The remaining months are intended to be spent in annual exercises.

Most people do not serve the remaining months due to lack of funding for the military.  And actually, many Norwegian men do not serve in the military at all, or defer their service for a period of time.  Deferral from military service is granted for stays abroad and studies.  Exemption from military service can be granted for medical reasons or for pacifism.  In the case of pacifism, those who apply for exemption are then required to serve 12 months of non-military service.  Civilian service usually entails work in the health sector or other non-profit, service-related organization.

Does Norway allow women into the armed forces?  Yes.  Since 1977, women have legally been able to serve in the military alongside men.  Since 1985, women have been able to serve in almost all capacities in the military except for para-rangers and marine commandos (no woman has met the entry requirements yet).  However, Norway was the first country to assign women to serve on submarines (1995).

Although a lot of men resent those who obtain exemption from service, many Norwegians consider serving in the military to be of great value, both for themselves and of course for their country.  Employers often show favor to individuals who have completed their military obligation.

The following is a brief list of terms that would be beneficial to know if you find yourself in a conversation about the military: