Skandinavians – the skiing pioneers Posted by kari on Mar 31, 2009 in Uncategorized 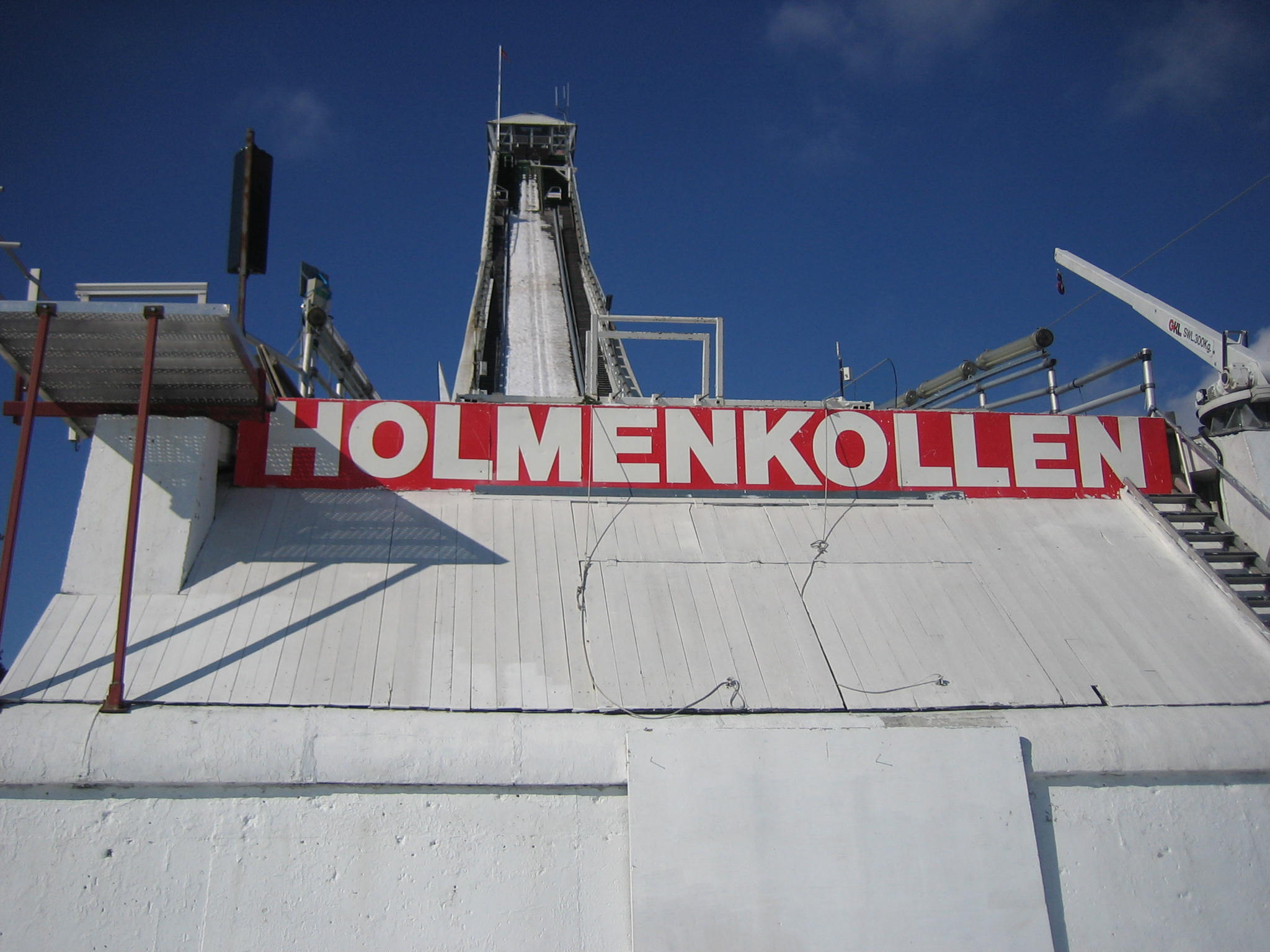 Seriously, what an awesome thing to be the first at.  The earliest carvings of skiing date back to 5000 B.C. in the region of Rødøy, Norway where there was an image of a skiier with a pole.  The earliest ski was found in Sweden and dates back to roughly the same time period.  I’m not sure how many of you are familiar with the Birkebeiner nordic ski race, but it takes place in Wisconsin, my neighbor to the east.  Well there is a story that dates back to the early 1200’s that tells of an early medieval civil war between the Birkebeiners and their rival faction, the baglers.  After the chief of the Birkebeiners died, several fellow men protected the son of the chief on a skiing escape to Lillehammer.  Today Norwegians celebrate this historical journey with the Birkebeinerrennet, a 54 km cross-country ski race.  In case you’re curious, birkebeiner literally means birch legs.  For me, imagining what skis must have looked and felt like thousands of years ago, I almost imagine skis of birchwood and legs tougher than tough.

I just got back from skiing in Steamboat Springs, CO-first time skiing in the mountains.  It was absolutely incredible.  You must remember I’m from MN, so what we call Lutsen mountain is simply a large hill.  Still fun to ski, but nothing like the mountains.  Å gå på ski i fjellene er noe annet-det er veldig spesielt.  To go skiing in the mountains is something else-it is very special.  It can take 10 minutes to get down a run, as opposed to the 30 seconds it takes in MN…in Steamboat we were lucky to get 1 foot of fresh powder that made skiing more physically difficult, but a ton of fun.  While eating lunsj (lunch) and enjoying some cold øl (beer), I heard the familiar sounds of northern Norwegian coming from the table next to us.  It was a family of four-mamma, pappa, og guttene (mom, dad, and the boys).  Not that they were the only young kids on the mountain that day, but they were certainly two of the younger skiiers.  There is an old saying that Norwegians are born with skis on their feet; I think this might be true.  I know very few Norwegians that don’t either cross country or downhill ski.

Which brings me to my next topic of conversation…I was relatively unfamiliar with telemark skiing until I saw quite a few telemark skiiers with their funny looking boots and did a little research.  When I think of skiing, I usually think of either nordic or alpine (nordic is cross country and alpine is downhill, for those of you out of the skiing loop).  Little did I know how popular telemark skiing really is and how old of technique it is.  The main distinction with telemark equipment is the boot-the binding attaches to the ski only at the toes (just like cross-country skiing), which leaves the heels free to maneuver for arc-like turns, rather than the “stem christie” turn (named after Kristiania-the old name for Oslo), which is the parallel stop turn.  Telemark skis also allow for climbing in the wilderness.  Telemark skiiers who are quite adventurous use climbing “skins” (historically sealskin was used, but today the skins are either synthetic or mohair) on the bottom of the skis to climb uphill.

In addition to telemark, alpine, and nordic skiing, one can kiteski, para-ski, nordic jump ski, dry slope ski (when there isn’t enough snow), skijøre (ski while being pulled by an animal) and of course, waterski!