What’s Norwegian for Twerking? Posted by Bjørn A. Bojesen on Oct 11, 2013 in Language, Norway and the world, Traditions 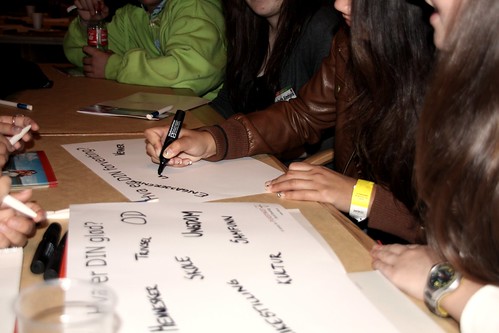 It’s no secret that people in Norway and other western countries are fascinated by USA [oo es AH] (they might be complaining about American politics but still watch the soaps). Miley Cyrus makes some daring bevegelser (moves), and the next moment people from Oslo to Australia are talking about twerking. Or are they? It depends, of course, on the language you’re using.

In countries like Denmark or Germany, people like to take new expressions directly from American English and give them a free space in their everyday language – perhaps with the addition of a native suffix and a bit of accent. Most Norwegians, on the other hand, love their language too much to be ”lazy” like that. In Norway there is an urge to make ”pure” Norwegian alternatives to all the American English buzzwords. Official bodies like Norsk språkråd – the Norwegian language council – brainstorm for Norwegian ways of saying things like ”brainstorm”. Ordinary Norwegians generally support this attempt to keep the language clear and transparent. A few times, though, there are conflicts between the grass roots and the top. While Norwegian television adamantly insists on using the Norwegian translation snøbrett, most onlookers and practitioners of the sport say snowboard.

Here are a few Norwegianisations that I find really nice:

• nettbrett [NETbret]. This is what your iPad is called in Norwegian. The name means ”Internet board”.

• rullebrett (rolling board) – is quite another kind of slate, namely a skateboard.

What are your favourite Norwegianisations of English words?