Python on the loose near Warsaw! Posted by Kasia on Jul 19, 2018 in Current News

If you follow the news from Poland, you probably heard about 16-foot Indian python that has been reportedly roaming the southern suburban area of Warsaw. Since Saturday, July 7th, police, firefighters and Animal Rescue Poland Foundation’s specialists are after this snake (wąż).

Police in Piaseczno, close to the Polish capital, have asked people to stay away from the river until the renegade reptile (renegatowy gad) is recovered. Four drones, part of a search team of four boats and volunteers, police officers and firefighters, have taken more than 2,000 photographs which are being studied by wildlife experts hoping to spot the snake lurking in the wooded banks of Poland’s longest river.
Native to India, Sri Lanka and south-east Asia, Indian pythons can reach six-metres long and can swallow a deer whole, although there are no reports of them eating people. 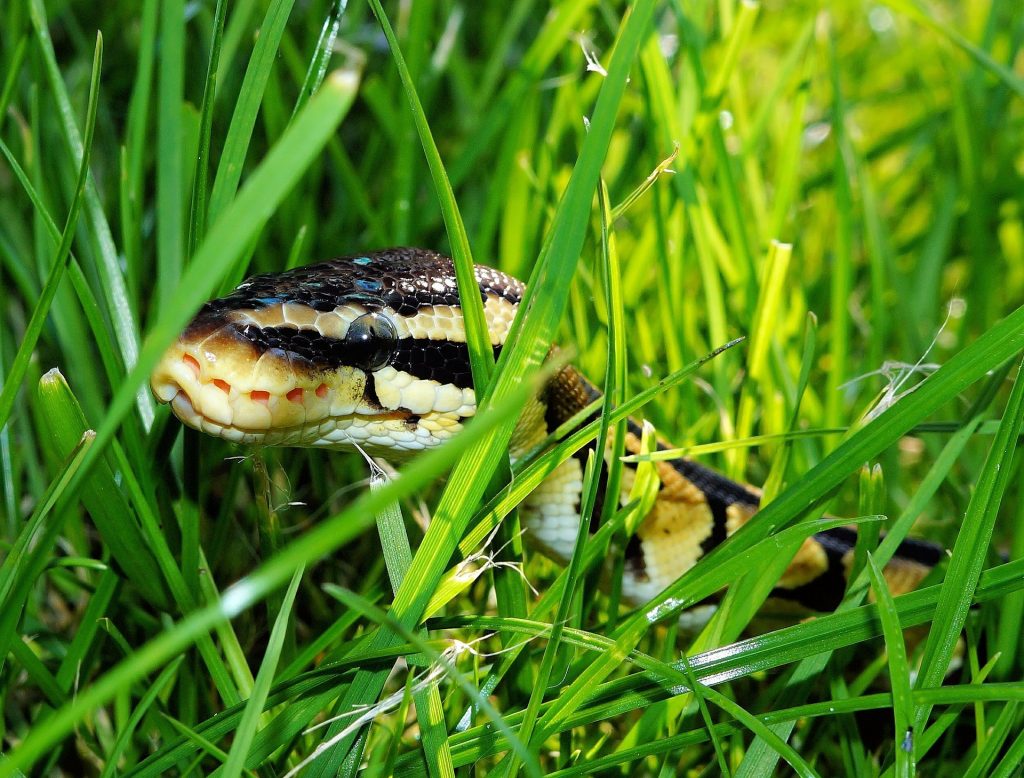 Radoslaw Ratajszczak, a zoo director, told the TVN television network that the python’s natural camouflage (naturalny kamuflaż pytona) makes it hard to spot, and that cool weather now covering Poland will make the animal inactive and so even harder to find.

The big trace of the snake so far has been a huge shed skin (wylinka), which triggered the hunt when it was found few days ago. Many tracks leading out of and into the water were left in the mud on the riverbanks.

Just how the python got into the river remains unclear, but reptile (gad) experts believe that it may have been kept as an exotic pet but then released into the wild when it became too large for its owner to handle. Piaseczno officials have opened a criminal investigation on the grounds that the snake’s release has endangered public safety.

Indian pythons live 25-30 years but are not be found in Europe. They prefer the warmth of Asia, Africa, Australia and South America. The snake could survive in the Vistula’s surroundings only until fall. In autumn it will already be too cold for it to thrive.

Definitely a scary story for me…I’m not a fan of ANY snakes! I can just imagine how hard it can be to find it!