On June 20th, Argentineans celebrated el Día de la Bandera Nacional (Flag Day) and commemorated the death of its creator, Manuel Belgrano, one of the most important independence leaders, who died on June 20th, 1820.

Flag Day celebrations in Argentina have a special venue: el Monumento Nacional a la Bandera (National Flag Memorial), located in the city of Rosario (Santa Fe Province) where the flag was first raised over two artillery batteries on the famous Paraná River. 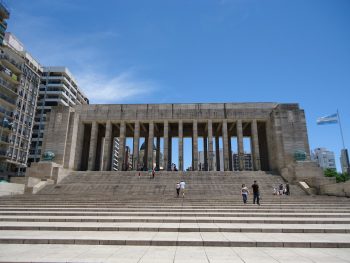 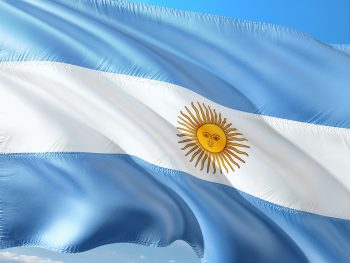 Why was this powerful heraldic figure used? It has been said it stands for Inti, the Incan god of the sun. Also, it was engraved on Argentina’s first coin in 1813. As for the “May” part, it recalls the May Revolution of 1810. This marked the starting point for independence of the countries composing the former Viceroyalty of the Río de la Plata.

Popular belief attributes the colors of the flag to that of the sky and the sun, as the flag’s anthem and salutation suggest. However, historians dismiss this idea and claim that the colors are reminiscent of the Argentinean cockade, worn by locals during the Argentinean War of Independence.

What follows is Saludo a la bandera, sung during the flag raising in official ceremonies.

Practice your listening skills with this rendition of Saludo a la bandera: