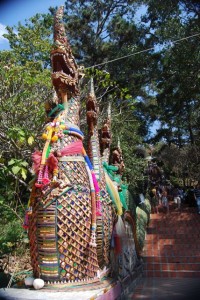 And she's buying a stairway to... Doi Suthep.

Located just 15 km from the city center of Chiang Mai is the mountain known as Doi Suthep (ดอยสุเทพ). Towering over the city 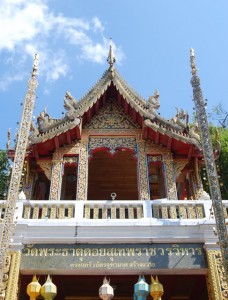 at 1,676 m (5,499 ft), this mountain houses the sacred temple Wat Phrathat Doi Suthep (วัดพระธาตุดอยสุเทพ), which is a must-see for anyone visiting Chiang Mai. It is said that this temple was founded in 1383, and a fascinating tale goes along with the legend of this holy site’s history. As the story goes, a monk named Sumanathera had a dream in which God told him to go to Pang Cha in search of a relic. When he arrived, he found a bone that many claim was Buddha’s shoulder bone. Amazingly, this bone had magical powers, and he rushed to show it to King Dharmmaraja of Sukhothai. Excited about this relic, the king threw a big ceremony for its arrival. However, the bone showed no mystical powers when it finally arrived, and the King told Sumanathera to just hold onto it. The king of the Lanna Kingdowm, King Nu Naone, became interested in the relic, though, and he requested it be brought to him. Apparently, the relic split in two when the king received it – one piece was enshrined in a temple, and the other was put on the back of a white elephant. As the legend goes, the elephant carrying the relic climbed up what is now Doi Suthep. Once atop the hill, the elephant trumpeted three times before dying. The king took this as a sign that a temple had to be built upon this holy site, and so goes the tale of Wat Phrathat Doi Suthep. 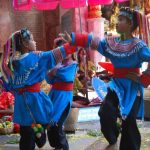 And yet another group of child performers. 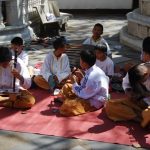 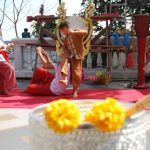 These days, the temple draws plenty of visitors every day, and it is one of the most popular tourist destinations in Chiang Mai city. The temple features countless shrines, bells, and pagodas. There are elements of both Buddhism and Hinduism on display here, and visitors can also enjoy fantastic views of Chiang Mai from the top. If you plan on traveling to Chiang Mai at some point, I highly recommend you visit this temple; if that’s not an option for you, here are some more of my photos from my trip there: 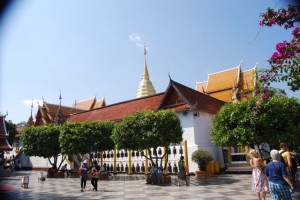 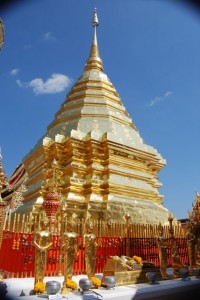 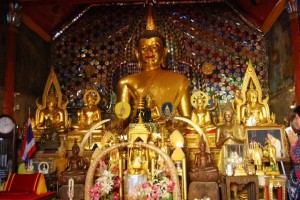 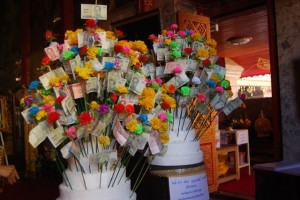 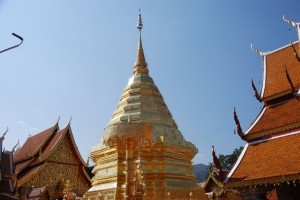 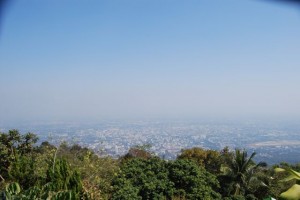 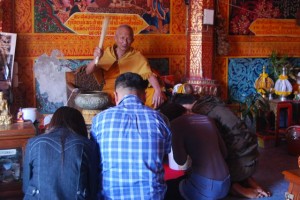 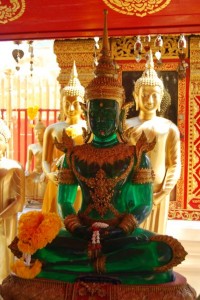 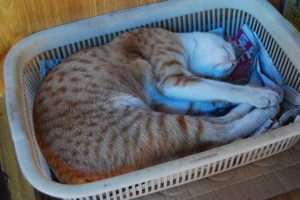