Is the Party Over in Thailand? Posted by sasha on Nov 4, 2014 in Travel, Uncategorized

Back in May, the military took control of Thailand after a bloodless coup d’état ousted the caretaker government that had been put in place after months of political upheaval. General Prayuth Chan-ocha and his military established the National Council for Peace and Order (NCPO) to govern the country, and he eventually became prime minister after being officially appointed by the King. Martial law was imposed, curfews were put in place, internet censorship was turned up, and gatherings of five or more people were banned.

The Thai military coup in 60 seconds from the BBC.

Since he took over, one of his major goals has been to bring morality back to Thailand. For example, students all over the country are now required to recite his “12 core values of the Thai people” on a daily basis. These recent changes aren’t only affecting Thai people, but also the millions of tourists who visit the country every year. Let’s take a look at some of the changes that are being put in place, which are leaving many people asking, “Is the party over in Thailand?”

A short news clip from down under.

After the shocking double-murder of two young British tourists on the island of Koh Tao in September, there has been much talk about whether or not it is safe to travel in Thailand. As a result of the recent political upheaval in the country and the murders, tourism numbers have been slipping. One proposed solution to keep tourists safe and at ease is to have them wear wristbands with a number matching their ID. There’s even talk of potentially installing an electronic tracking device on them, “so if they’re out partying late and, for example, get drunk or lost, they can be easily assisted,” according to Tourism Minister Kobkarn Wattanavrangkul. Another idea that has been floated is to pair tourists up with a local to take care of them, a sort of “buddy system” for travelers. If this all sounds ridiculous, that’s because it is. Imagine how “safe” tourists will feel when they are told that they have to wear an electronic wristband or be accompanied out on the town by a “buddy.” Of course, it’s doubtful any of this would ever happen, but the fact that it’s even being talked about has raised many an eyebrow.

Only the Full Moon Remains 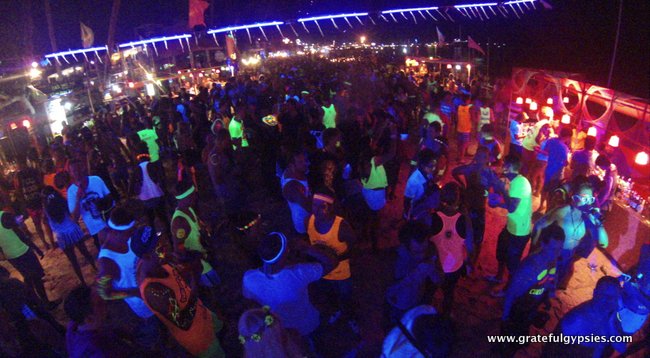 On the famed party island of Koh Pha Ngan, many of the monthly bashes have been canceled going forward. Both the Half and Quarter Moon parties have been put on the chopping block, as well as the monthly Jungle Party. Travelers can expect the parties that are allowed to go on to be more toned down, and could potentially experience earlier curfews on some of the islands. According to this article from News Corp Australia, a police chief on Koh Pha Ngan said the parties are being shut down as part of an anti-drug campaign. Many potential part-goers are disappointed in the decision, as are the locals who cash in on these events every month. It’s quite possible that backpackers seeking a raucous time will be flocking to the coasts of Myanmar or Cambodia in the future rather than the Thai islands.

Cleaning Up the City and Beach

A common t-shirt in Thailand reads, “Good guys go to Heaven. Bad guys go to Pattaya.” Just a few hours away from Bangkok, this beach side city is famous for its thousands of bars – including many of the go-go variety. Although prostitution is technically illegal in the country, it doesn’t take long to notice that the world’s oldest profession is the driving force behind Pattaya’s economy. Recently, the police have been out patrolling the streets of Pattaya, targeting transgender sex workers in particular.  It’s not so much that they want to do it, but they most likely feel pressure to clean up the place before the military comes in and does it themselves, at which point the tourism industry of Pattaya could potentially suffer greatly.

Over on the other side of the country, changes have been put in place on the popular island destination of Phuket. The taxi and tuk-tuk cartels have been broken up, much to the delight of tourists. On the other hand, police have also cracked down on vendors on the beach who rent out cheap chairs, provide beverage service, and of course offer the omnipresent massages. Some applaud these changes, while others will miss the cheap luxuries once associated with a Thai vacaion.

On a recent trip to Bangkok, I also noticed that many of the ladiess (and ladyboys) working in the popular nightlife districts were much more… how do I say it… clothed. My friends, who were visiting the city for the first time, were a bit disappointed in our night out, especially after hearing stories of previous evenings of debauchery in the Thai capital. 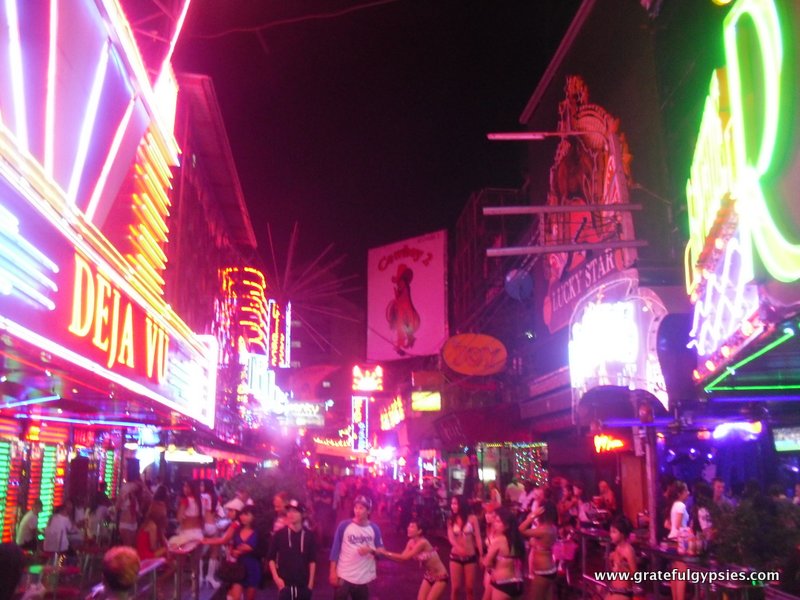 The infamous Soi Cowboy of Bangkok.

Whether you love it or hate it, one thing’s for sure – the times they are a changing in Thailand. It will be interesting to see what kind of affects these changes have on the tourism industry, which accounts for about 6% of the country’s GDP. Let us know what you think about the new face of Thailand – we’d love to hear from you!