Labor Day in Thailand Posted by sasha on May 1, 2015 in Uncategorized

Countries all around the world are celebrating Labor Day today, and Thailand is no different. In Thai, it’s known as National Labor Day (วันแรงงานแห่งชาติ – wan raeng ngaan hàeng châat), and it has been a public holiday ever since 1935. The day is meant to celebrate the achievements of Thai workers, but it’s more of a fun holiday than a political one. Most people take the extra day off to relax and spend time with family, while there are also some parades in cities across the country. 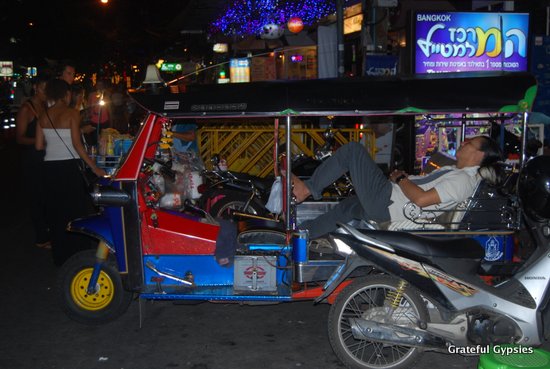 Although Thailand passed the Labor Relations Act in 1975, this only applies to private sector workers. As such, labor unions simply do not exist in many areas of Thailand, and in the ones where they do participation is generally quite low. Only about 5% of the people who can exercise their right to organize are actually members of trade unions. Most of the unions (about 75%) that do exist in the country are concentrated in Bangkok and its five adjacent provinces, while most workers in rural areas lack the necessary knowledge or are simply frightened of losing their job if they try to organize or join a union.

To get a better understanding of labor in Thailand, here are some useful facts and figures from February 2015:

In 2013, Thailand instituted a national minimum wage of 300 Baht/day (about $10). Many were concerned that the quick implementation of the new minimum wage would have a disastrous effect, and quite a few companies did in fact reduce their workforce as a result. Government stimulus measures were also undertaken to help companies cope with the increasing cost of doing business, and the Thai government remains confident that this will be a long-term success.

As of the end of 2014, an average monthly salary in Thailand is 13,581 THB. Obviously, there is a big gap between the jobs on the lower end of the pay scale in manufacturing and agriculture versus high-skilled jobs that require some form of higher education. According to WorldSalaries.org, the highest earning job in Thailand was airline pilot with an average of 48,000/month. In terms of industry, those working in finance have the highest average salary at just under 19,000.

To all the hardworking people out there, enjoy your long weekend – you’ve earned it!