Did you know that today is a public holiday in Thailand? It’s Makha Bucha Day (วันมาฆบูชา – wan maa-ká-boo-chaaa), an important Buddhist festival held on the full moon of the third month according to the Thai calendar. In Thai, “makha” is the name given to the third month, and “bucha” means “to honor/venerate.” Thus, Makha Bucha is a day to honor Buddha and his teachings. 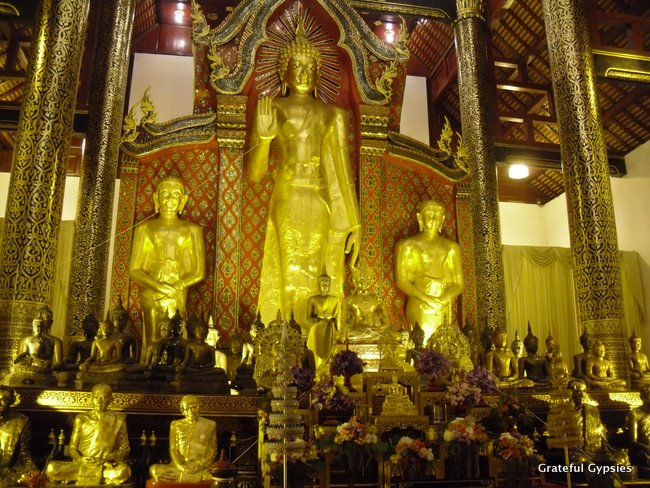 Go to the temple today.

Reason for the Holiday 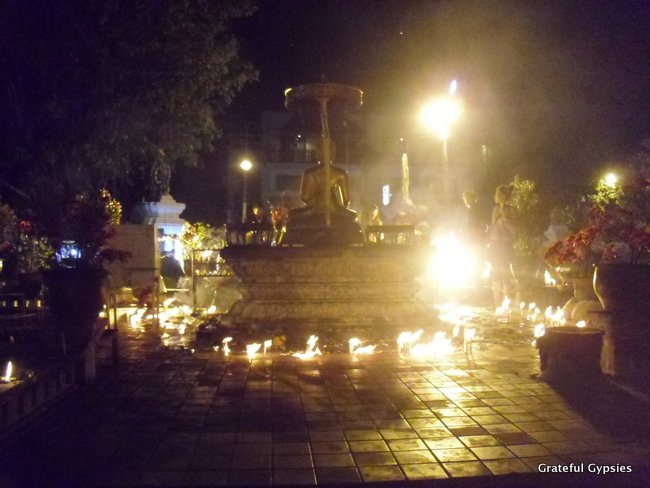 Buddha is the reason.

It is meant to commemorate a special day when 1,250 monks spontaneously gathered to hear Buddha preach only a few months after he began his teachings. Another name is the Fourfold Assembly because of four auspicious elements to this gathering of monks:

During this sermon, Buddha instructed the arhats to do only good, not commit any sins, and to purify their minds. The monks took the message of Buddha and helped to spread it, an important step in the development of Buddhism as a religion. 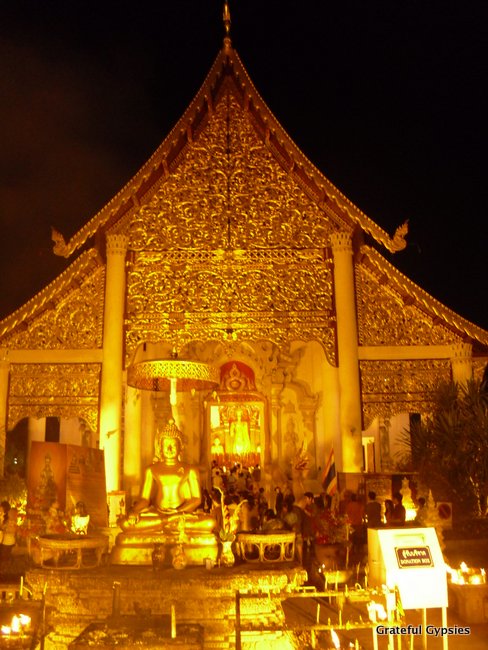 Outside of a Chiang Mai temple on Makha Bucha.

As it’s a Buddhist holiday, it should come as no surprise that the celebrations revolve around religious activities. On this day especially, Thais are supposed to follow the teachings of the Buddha and the Five Precepts – that means no Sangsom or visits to go-go bars. In addition to abstaining from worldly evils, there are a few other things that are to be done on Makha Bucha. Making merit (ทำบุญ – tam bun) is an important part of this day, and many people do it by giving alms to monks in the morning. 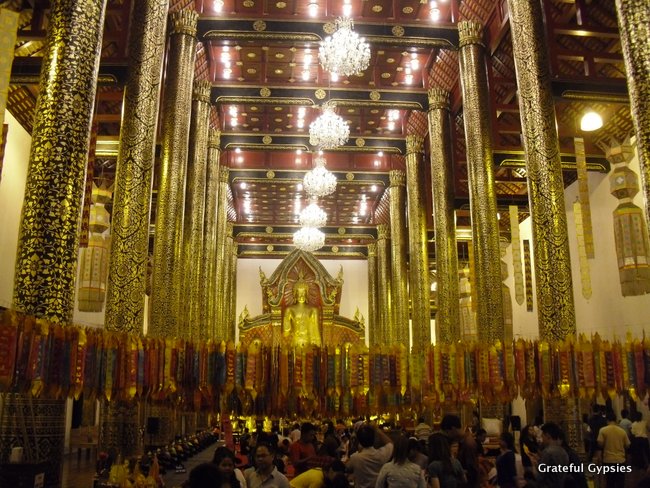 Many will gather in the temple.

In the evening, temples will hold a special procession for the holiday. Called wian thian (การเวียนเทียน – gaan wian tian), the monks and congregation will hold candles, incense, and/or flowers and make three circles around the ordination hall in a clockwise manner. This represents the Three Jewels of Buddhism (พระรัตนตรัย – prá rát-dtà-ná-dtrai). the Buddha, the Dharma, and the Sangha. While the Sangha usually refers to the entire community of Buddhists it is the monks who are celebrated on Makha Bucha. 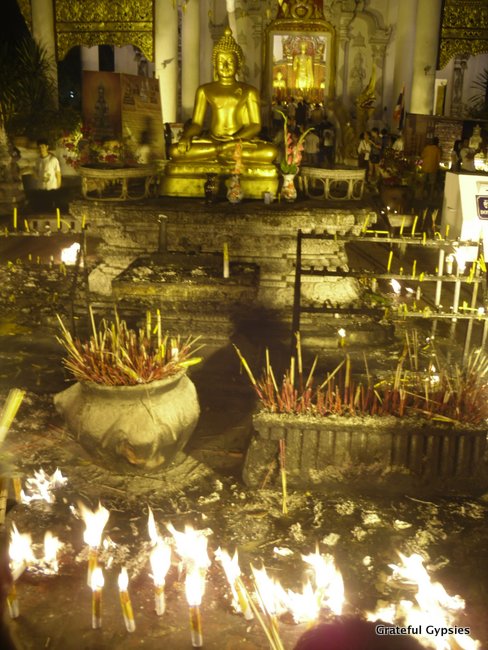 Lots of candles and incense.

All pictures in this post were taken on Makha Bucha day last year at Wat Chedi Luang (วัดเจดีย์หลวง) in Chiang Mai. Upon returning from our day out at the elephant camp, we were surprised to find out it was a Buddhist holiday. The news finally reached us when we were trying to go get a drink and realized every shop had its coolers locked and all bars were closed. While we were looking to party that night, I always relish random cultural opportunities. And so to the temple we went! Sorry to admit it, Buddha, but we ended up finding a hotel bar that served beer afterwards…

For more information and a closer look at the Makha Bucha day, check out this YouTube video:

Learn more about this important Buddhist holiday in Thailand.