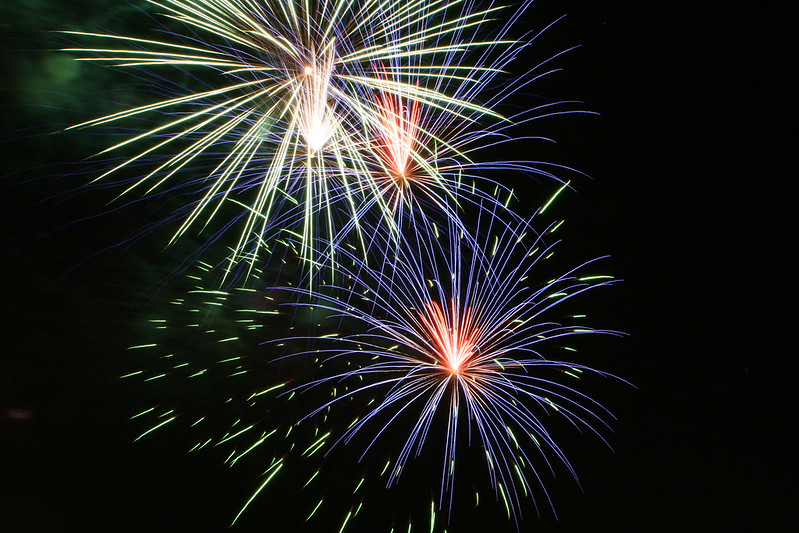 Every year, the Vietnamese celebrate Lễ Quốc Khánh (National Day) on September 2nd. I was curious to see which countries around the world also celebrate Lễ Quốc Khánh in September. Interestingly, there are many of them such as: Belize, Botswana, Brazil, Chile, Costa Rica, El Salvador, Guatemala, Guinea-Bissau, Honduras, Mali, Malta, Mexico, Nepal, Nicaragua, Slovakia, Saudi Arabia, etc. However, none have the same day as Vietnam.

Starting in 2021, workers được nghỉ hai ngày mừng lễ Quốc Khánh (have 2-day off to celebrate the National Day). Since it falls on Friday this year, people have a long weekend off, starting from Thursday to Sunday. Because it’s a major holiday, it’s a mandate for all government offices, businesses, and residences to display the quốc kỳ (national flag). As for how long, it depends on local directives. The current Vietnamese national flag has a red background with a yellow star in the center of the flag.

If you know the history of Vietnam, you may be curious whether Việt Nam Cộng Hòa (Republic of Vietnam) which ceased to exist in 1975, celebrated lễ Quốc Khánh on the same day, September 2nd as well? The answer is NO. It celebrated it on October 26th, the day that the South Vietnam congress issued its first constitution led by President Ngô Đình Diệm in 1955, which marked the birth of the Republic of Vietnam (South Vietnam). Its quốc kỳ has a yellow background with three red horizontal stripes.

The Meaning of September 2nd

To the Vietnamese, September 2, 1945 marked an important event and is the proudest day in Vietnamese history. It marked the end of feudalism, and the new beginning of an era of independence from the French, and the death of President Ho Chi Minh.

President Ho Chi Minh passed away on ngày Quốc Khánh in 1969 in Hanoi, at the age of 79. Because it coincided with the National Day, the Vietnamese Communist Politburo back then changed his date of death to September 3. It wasn’t until 1989, twenty years later, that the Politburo changed it back to the original date of death and announced September 2 was the actual date of his death.

The Declaration of Independence in Vietnamese History

The declaration of Independence on September 2nd 1945 wasn’t the first Vietnamese declaration. Indeed, it’s considered the third in Vietnamese history. The Nam Quốc Sơn Hà verses in the 11th century, under the Lê dynasty is considered the first Vietnamese declaration of independence, followed by the Bình Ngô Đại Cáo written by Nguyễn Trãi in 1428 by the order of King Lê Lợi to proclaim the sovereignty of Đại Việt (the old country name in that period) against the Ming dynasty in China.

As for the contents of the declaration that President Ho Chi Minh read on September 2, 1945, many believed that the idea was inspired by the United States Declaration of Independence in 1776.