5 Chinese Horror Movies for Halloween Posted by sasha on Oct 29, 2015 in Uncategorized

Halloween is right around the corner, and what better way to celebrate the holiday AND learn a language at the same time than to watch some Chinese horror movies? In case you missed it last year, you can brush up on your Chinese Halloween vocabulary first. Although not quite as popular as their counterparts from South Korea or Japan, there is a big horror film industry in China. 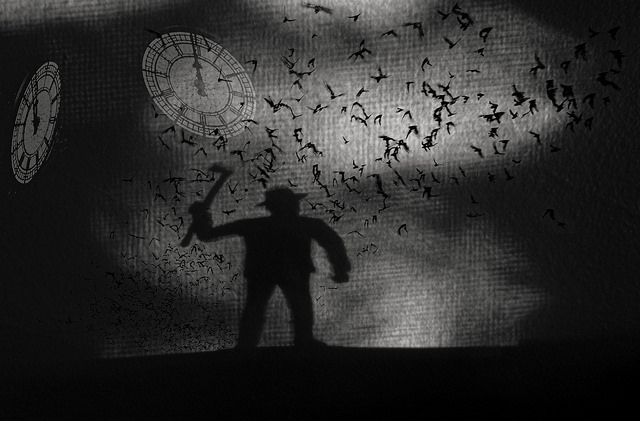 Image by Robert Couse-Baker from flickr.com.

To get you in the Halloween spirit, here are five Chinese horror films with brief descriptions and accompanying YouTube videos:

Not to be confused with the 2004 South Korean movie of the same name (and same director, for that matter), the Chinese version has a totally different plot. A struggling novelist has her story rejected by a publisher, and is then notified that her abusive husband has just been released from prison. To hide from him, she takes her son to live in a remote mansion, where things obviously get creepy – a possessed doll, mysterious stories showing up on her laptop, and so on. The film did so well in China that they went ahead and made it a trilogy. Check out the trailer for the sequel here to get you nice and freaked out:

What happens when the TV show “Survivor” gets made into a horror film? This 2011 movie by director Rico Chung. In the film, a group heads to some remote islands to take part in a survival game made for TV. Unfortunately, there are some terrifying mishaps along the way – their boat is attacked, all of their luggage is lost, and they find a message on the island stating that they’re all going to die.

Better translated as “Seeing Ghosts,” this Hong Kong-Singaporean film is believed to be one of the best Chinese horror movies out there. Directed by the Pang brothers, it spawned two sequels – “The Eye 2” and, the strangely-named “The Eye 10.” It was so popular it was even remade three times, including a terrible Hollywood version with Jessica Alba. The film is about a young girl – who was blind most of her life – who undergoes a cornea transplant and begins to see mysterious figures who foretell of gruesome deaths.

If you’re like me and dumplings are your favorite Chinese food, then you may want to skip out on this one. This disturbing flick directed by Fruit Chan was originally a short segment in a longer horror compilation entitled “Three… Extremes.” In this messed up story, an aging woman is distressed to find that her husband is having an affair. In an attempt to regain her youthful good looks, she eats some dumplings with a special ingredient – unborn fetuses from the abortion clinic. The film has a Level III rating in Hong Kong, which bans people under the age of 18 from seeing it.

An oldie but a goodie, this 1937 film is regarded as the first ever Chinese horror movie. If the story seems familiar, that’s because it’s a remake of the “Phantom of the Opera,” although it adds a bit of politics to the original. If you’re so inclined, you can go ahead and watch the entire thing on YouTube:

Whether you actually watch all of these Chinese horror films or not, keep in mind that watching movies in your target language is a great and fun way to study. Of course, watching five movies like these may scare you away from the language forever, but let’s just remember that it’s Halloween weekend and it’s all just for fun anyways…