A Guide to the Mid-Autumn Festival Posted by sasha on Sep 11, 2019 in Culture

The Mid-Autumn Festival (中秋节 – zhōng qiū jié) is fast approaching. This traditional Chinese holiday falls on the 15th day of the 8th month of the lunar calendar (阴历 – yīn lì), which just so happens to be Friday the 13th this year! It dates back over 3,000 years to the time of the Shang Dynasty (商朝 – shāng cháo). While the festival originated in China, it is celebrated all over Asia.  On this day (which coincides with the autumn equinox on the solar calendar), the moon is at its fullest and brightest. I’ve put together a guide to the Mid-Autumn Festival to teach you all about this important Chinese holiday, starting out with some history. 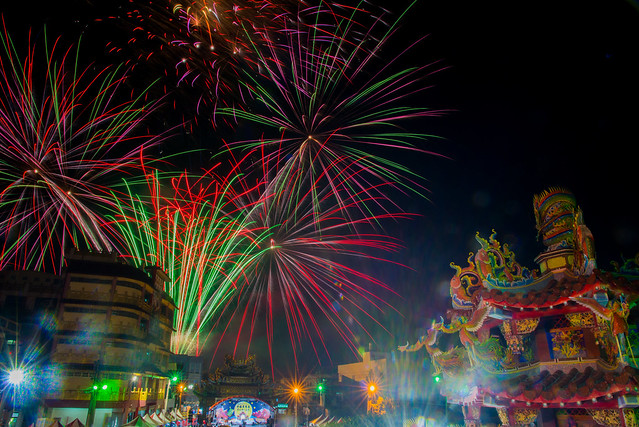 The Legend of Hou Yi and Chang’e

As is the case with most everything in China, there are many interesting stories behind this holiday, two of which I’ll share with you.

Perhaps the most popular story behind the Mid-Autumn Festival is that of an ancient hero named Hou Yi (后羿 – Hòu Yì). At the time, legend has it that there were ten suns in the sky. As such, the Earth suffered a horrible drought, and it seemed as if all of the people were doomed. Luckily, Hou Yi was a skilled archer (射手 – shè shǒu), and he put his bow and arrows (弓和箭 – gōng hé jiàn) to good use by shooting down nine of the suns.

From then on, he was respected by all of the people, for he had saved the Earth. As a reward for his heroic actions, the Heavenly Queen Mother gave him a special elixir that would make him immortal. From this point in the story on, there are many different versions, so I’ll do my best to give you the gist of it. In the meantime, here is a cool clay-mation video that tells one version of the story:

Basically, his wife, Chang E (嫦娥 – Cháng É), ended up drinking the elixir. Some versions of the story say that she did it on her own personal accord, against her husband’s wishes. Others say that there was a bad man named Peng Meng who was very jealous of Hou Yi.

As the story goes, Peng Meng threatened Chang’e with a sword to get the elixir from her. Instead of caving into his demands, she instead quickly drank the elixir herself. Immediately after consuming the potion, she flew to the moon and became a fairy. Upon hearing news of this, Hou Yi tried his damnedest to get to the moon to be with his wife. No matter how hard he tried, he couldn’t quite reach the moon. 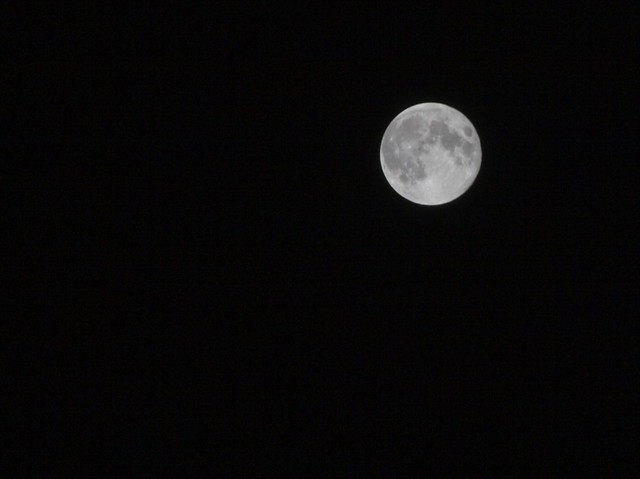 Image by Lydia Liu from flickr.com
Attribution 2.0 Generic (CC BY 2.0)

As he could not be with his wife, Hou Yi made offerings of incense and fruit to the moon. Hence, the practice of appreciating the full moon (赏月 – shǎng yuè) was born. Up on the moon, Chang’e coughed up part of the pill. Without the full pill, she would not be able to return to Earth. As such, she ordered the moon rabbit (月兔 – yuè tù) to make her another pill. Apparently, the hare is still hard at work trying to get that magic pill ready…

An alternative Mid-Autumn Festival legend goes back to the Yuan Dynasty (元朝 – yuán cháo), which was ruled by the Mongols (Kublai Khan days). The Han people wanted to overthrow the Mongols, but they had no way to inform each other about a potential uprising without the Mongols finding out, which would obviously be bad news. 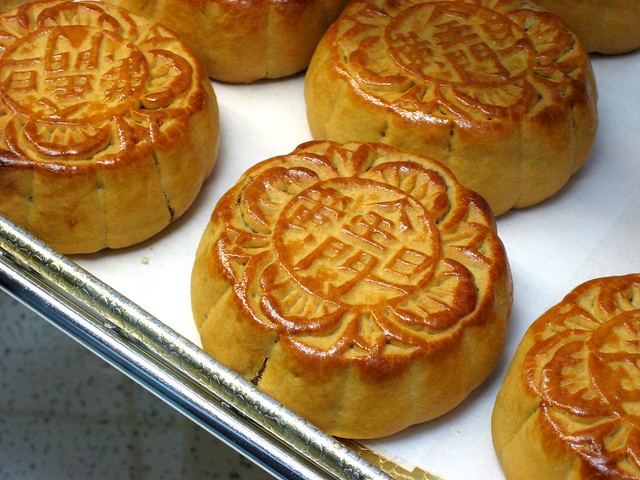 Image by Karen from flickr.com
Attribution 2.0 Generic (CC BY 2.0)

One exceptionally clever military adviser, Liu Bo Wen (劉伯溫 – liú bó wēn) thought of an idea. Well aware of the Mongols’ distaste for moon cakes (月饼 – yuè bǐng), he requested permission to pass out moon cakes to the masses to “bless the longevity of the Mongol Emperor.” Little did the Emperor know, but each moon cake came with a note that said “Kill the Mongols on the 15th day of the 8th month” (八月十五杀鞑子 – bā yuè shí wǔ shā dá zi). Shortly thereafter, the uprising occurred, and the Mongols were ousted. Today, people still eat moon cakes to commemorate the uprising.

These traditional folktales may not be as popular these days (most of my students in China couldn’t tell me a single thing about the history of the festival, other than the fact that they eat moon cakes), but they do help to explain the roots of the holiday, as well as the modern day customs.

To this day, people still eat moon cakes, which are made with sweet fillings of nuts, mashed red beans, lotus-seed paste or Chinese dates, then wrapped in a pastry (sometimes with a cooked egg yolk in the middle).

If you really want to experience an authentic Mid-Autumn Festival, why not try making moon cakes yourself? You can follow these recipes to whip up some traditional mooncakes yourself:

Tonight, plenty of people in China, old and young, will gather to gaze at the bright, round, beautiful moon. We can only hope that the rabbit up there is still working away at that magical elixir. Maybe some day…