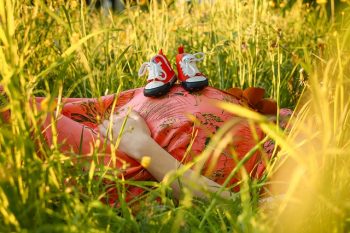 A caesarean section (剖腹产 pōu fù chǎn) can effectively prevent maternal and newborn mortality. But several studies have shown that high cesarean section rates could be linked to serious conditions for both maternal and child health. Since 1985, the World Health Organization has considered the ideal rate for caesarean sections to be between 10-15%, and warns against higher rates than the recommended upper limit of 15%.

China cesarean section rates are high. Indeed, they are among the highest in the world, according to the World Health Organization report (报告 bào gào). Almost half the babies in China during the years 2007-8 were delivered by cesarean section. The latest report published by the Chinese National Health Care Committee notes that the percentage of deliveries by cesarean was 36.7% in 2018.

The main reason, other than medical necessities, that might explain the high rate of caesarean section in China is women’s concerns over a long and painful delivery (接生 jiē shēng). While epidural injections (无痛分娩针 wú tòng fēn miǎn zhēn) to eliminate pain in a vaginal birth are widely available in developed countries, this service is not always offered in Chinese hospitals. Almost 80% of women in the United States who had a vaginal birth received epidural or spinal anesthesia. In China the rate is under 10%, due to a shortage of anesthesiologists. 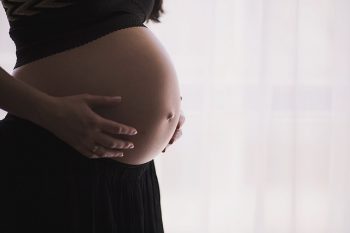 Many Chinese women end up opting for cesarean sections just to avoid labor pain. Some mothers-to-be (准妈妈 zhŭn mā mā) schedule an elective caesarean section (选择性剖腹产 xuǎn zé xìng pōu fù chǎn) beforehand. Other ask for cesarean sections when arriving at the hospital with contractions. Ma Rongrong, was only 26, when she arrived in labor to the hospital in August of 2017. She was kneeling on the floor, doubled over in pain, begging her family for a cesarean section. In China, cesarean sections require the permission of family members, and Ma’s family refused the operation (手术 shǒu shù). As her labor pains intensified, Ma jumped to her death out of a window in the labor room.

Many mothers choose to give birth by cesarean section.

In recent years, reducing Chinese cesarean section rate became a priority. China aims to reduce (减少 jiǎn shǎo) its rate, by promoting painless vaginal labor (无痛分娩 wú tòng fēn miǎn). There is a focus on educating women on the benefits of natural birth in brochures and through childbirth preparation courses. China is providing enhanced training of anesthesiologists, obstetricians and midwives, regarding the use of anesthesia during natural births . They are also promoting water birth, hypnosis, TENS device and other ways to relieve the pain. But, mostly, the government is fining and subsidizing hospitals according to their cesarean rates. Nowadays, hospitals are simply turning down requests for elective operations. A woman from Hangzhou city, for example, was due to deliver her first newborn in the Hangzhou maternity hospital. She asked for an elective cesarean section in advance, but was declined.