China’ Left-Behind Children Posted by Ayana on Sep 17, 2018 in Uncategorized 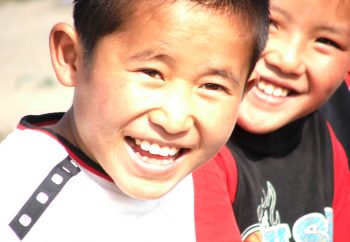 Since 1978, China has experienced the largest internal migration in human history. Young and old leave their homes in the countryside searching for jobs and opportunities in the crowded cities. Instead of cultivating the family fields, they prefer to make a living in the metropolis. The big cities of China, which has become known as “the world’s factory”, need working hands. Factories, construction sites, cleaning services, etc. require enormous unskilled manpower.

The incessant demand for labor in the cities attracts men and women from all over the country wishing to improve their lives. Some of them are parents heading to the city to earn money to support their family. While Chinese bureaucracy allows them to work outside their county, it doesn’t permit their children an eligible status in the city. According to the Chinese residence permits system, public services like schools and hospitals can only be accessed where you live.

Both parents of rural left-behind children go out to work in bustling cities.

Many Chinese parents make a difficult decision: they leave home in order to provide their children a better future. About 60 million kids, known as “the left-behind children” (留守儿童liúshǒu értóng), remain back at home in the village, while their parents move to a city. In the fourth largest country in the world, the distance can be enormous. Most of these families reunite only once a year.

Left-behind children are children who do not live with their parents.

在城市挣钱快一点 (zài chéngshì zhèng qián kuài yīdiǎn, means “making money in the city is faster”), explains the father in the video below. He and his wife left their kids with their grandfather and moved thousands of kilometers away to provide the family a monthly allowance. 我希望妈妈爸爸在附近打工 (wǒ xīwàng māmā bàba zài fùjìn dǎgōng, means “I wish mom and dad would work nearby”), says the son who hasn’t seen his parents for a year. More than 40 hours of train ride separates him from his parents, who visit only during Chinese New Year.

Parents of left-behind children make a living far away from the village.

The majority of the 60 million left-behind children are left to be raised by the older generation. Their grandparents replace their parents. But some of the left-behind children are less lucky. They are left all by themselves, without any adult at home. They are burdened with the farm work, the house chores, the younger siblings and the awful loneliness. Like these kids from Sichuan province: