China Singles’ Day Posted by Ayana on Nov 5, 2018 in Uncategorized 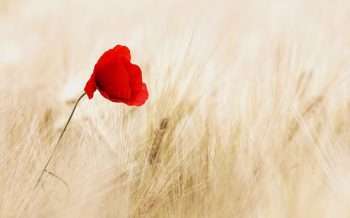 China Singles’ Day is celebrated every year in November 11th.

China Singles’ Day 光棍节 (Guāng gùn jié) is not an old Chinese tradition or an adopted western holiday. It’s a unique Chinese holiday generated in the 90’s by single students of Nanjing University. From Nanjing University, it spread to other campuses and gradually outside of the campuses. 光棍节 was established as a day to celebrate singlehood, a contrast to the lovers’ festivals: 七夕节 (Qīxì jié) and Valentine’s Day. The chosen day is the Gregorian date of 11/11. It is also called 双十一 (shuāng shíyī, literally means “a pair of elevens”).

China Singles’ Day was generated in the 90’s in Nanjing University, and soon after

was spread to universities around the country.

Every holiday has its traditional dish. Even 光棍节. 双十一 resemble four bare branches 光棍 (a Chinese expression for a unmarried person, hence the name), but also resemble four 油条 (yóu tiáo) – deep fried stick of dough, usually eaten for breakfast. Four油条 with one 包子 (bāozi, a filled bun) or one 鸡蛋 (jīdàn, an egg) to resemble the dot became the holiday symbol. Most bachelors and bachelorettes probably don’t eat 四个油条和一个包子 (sì gè yóutiáo hé yīgè bāozi) for Singles’ Day breakfast. But if they want to feel festive they will go, maybe with friends, to eat some 油条.

Four fried sticks represent four ones, one bun represents the dot in the middle.

There are varied ways to celebrate Singles’ Day, 光棍节庆祝的方式五花八门 (Guānggùn jié qìngzhù de fāngshì wǔhuābāmén). Movie, party, dinner, it all goes. You can choose your own way to mark this day. Recently, due to retailers’ intervention, the holiday became a shopping frenzy. Massive online discounts attract singles and non-singles, Chinese and non-Chinese, to spend 光棍节 shopping online. Alibaba, which started the mercantile bonanza in 2009, hosted a lavish gala in Shanghai last year, with celebrities such as Nicole Kidman, to help count down the moments before releasing their Singles’ Day deals. Within 24 hours, Alibaba recorded 25 billion dollars of sales.

Originally an ordinary day was transformed to a shopping festival.

My tips for the coming holiday:

Go to a party.

Most important is to enjoy the holiday.