Chinese Citizens in Ukraine Posted by Ayana on Mar 7, 2022 in News 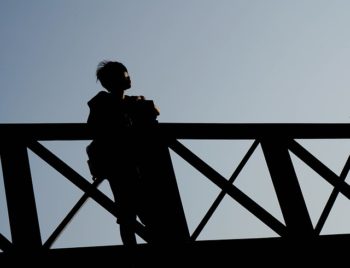 Photo by OyeHaHa from Pixabay.com, CCO

On February 28, the Chinese Ambassador (大使 dà shǐ) to Ukraine, 范先荣 (Fàn Xiānróng), published a video, in which he addressed the Chinese citizens living in Ukraine (乌克兰 wū kè lán). Fan wished to refute the rumors that the Chinese embassy had evacuated the capital. So he addressed his fellow citizens on camera, assuring them the embassy is still here to help them, and promised:

The ambassador ended the video with the common Chinese phrase of encouragement: 同胞们加油 (tóng bāo men jiā yóu.). The noun he used in his message – 同胞 tóng bāo – means compatriot, fellow citizen, in which the ambassador refers to all the Chinese people (华人 huá rén) living these days in Ukraine. According to the Chinese media there about 6,000 Chinese in Ukraine. But other reporters (such as this and this) suggest the updated statistics are bigger, talking about tens of thousands of Chinese living in Ukraine. Reportedly, they, too, wish to evacuate the war-torn country and flee to a safe place.

The current situation in Ukraine is too dangerous, and the Chinese citizens wish to leave. Many overseas Chinese were not evacuated beforehand and are now trapped in the war.

The verb in the example above – 撤 (chè) means to withdraw, to take away. It appears in several phrases meaning to withdraw. All appear frequently in the news referring the situation in Ukraine.

Chinese students in Ukraine complained that other countries had withdrawn half a month ago.

Clearly, the situation in Ukraine is affecting people from all over the world, including China.

撤 chè = to withdraw, to take away