When people ask me where and how I learned to speak Chinese, I often reply by saying, “In Beijing taxis” (在北京出租车里面 – zài běi jīng chū zū chē lǐ miàn). Although I say it jokingly and it’s usually followed by laughter from the Chinese person, I’m actually quite serious. When I first started taking Chinese lessons in my spare time, I had a pretty busy schedule: class for two hours, an afternoon workout, and then a full day of teaching. Other than my Chinese lesson in the morning and ordering lunch, that left me with little time to actually practice. As an English teacher in a Korean school with American roommates, there weren’t exactly a lot of opportunities to speak Chinese. This may seem strange as I was living in China, but it’s the truth. 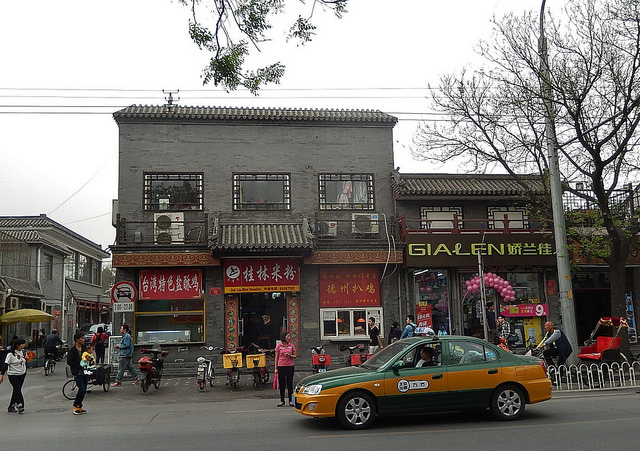 Image by Michael Coghlan from flickr.com

Thanks to my late work schedule, public transportation was all shut down by the time I got off for the day. As a result, my school had to pay for my taxi rides home, which was of course fine with me. It was in these long rides across Beijing that I finally began to put my mediocre Chinese skills to use. Over the next few months, I went from struggling to have my driver understand where I wanted to go, to having full on conversations that lasted the duration of the ride. I came to quite enjoy chatting with cabbies in Beijing, as they’re usually quite talkative and especially curious to converse with a foreigner.

Throughout the years, I’ve had some of the best conversations with taxi drivers all around China. Sure, come cabbies can be a bit pushy and in your face – especially outside of train stations and tourist attractions – but most of them are genuinely nice guys who appreciate good conversation. After all, if you had to drive around in the chaotic traffic of Chinese cities for 12 hours a day, wouldn’t you want someone to talk to? In my experience, taxi drivers have been more open and forthright in discussion than most people I’ve talked to in China through the years. From a Beijing driver telling me plain and simple that he didn’t like Xi Jinping, to a Kunming cabbie complaining about the rising cost of living and stagnant wages, drivers have given me an insight into the way a lot of people here think, but won’t dare speak.

Learn how to take a taxi in China in this episode of “Local Laowai.”

While having conversations with your Chinese cab driver is great and all, you have to build your language skills up to a certain point to be able to do that. First and foremost, you have to make sure you get where you’re going. To help you in your quest to take Chinese taxis and eventually get deep with your drivers, here are 25 useful words and phrases for hailing a cab in the Middle Kingdom:

After you’ve studied those words and phrases a bit, go through this video and follow along. The topic is getting a taxi to the hotel, so it’s a great one to study if you’re planning on visiting China. Cab drivers can be quite the chatty bunch here, but not in English…